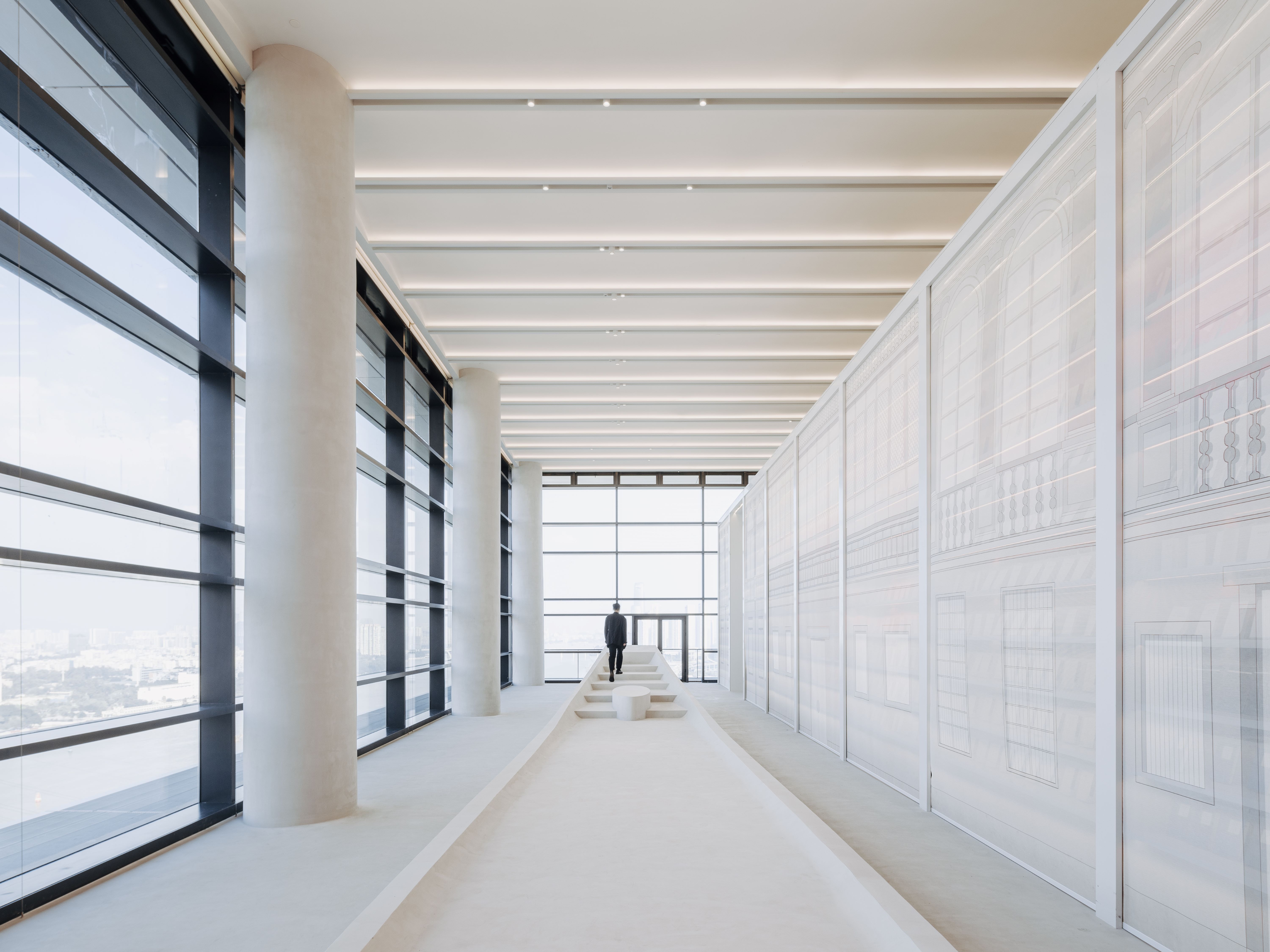 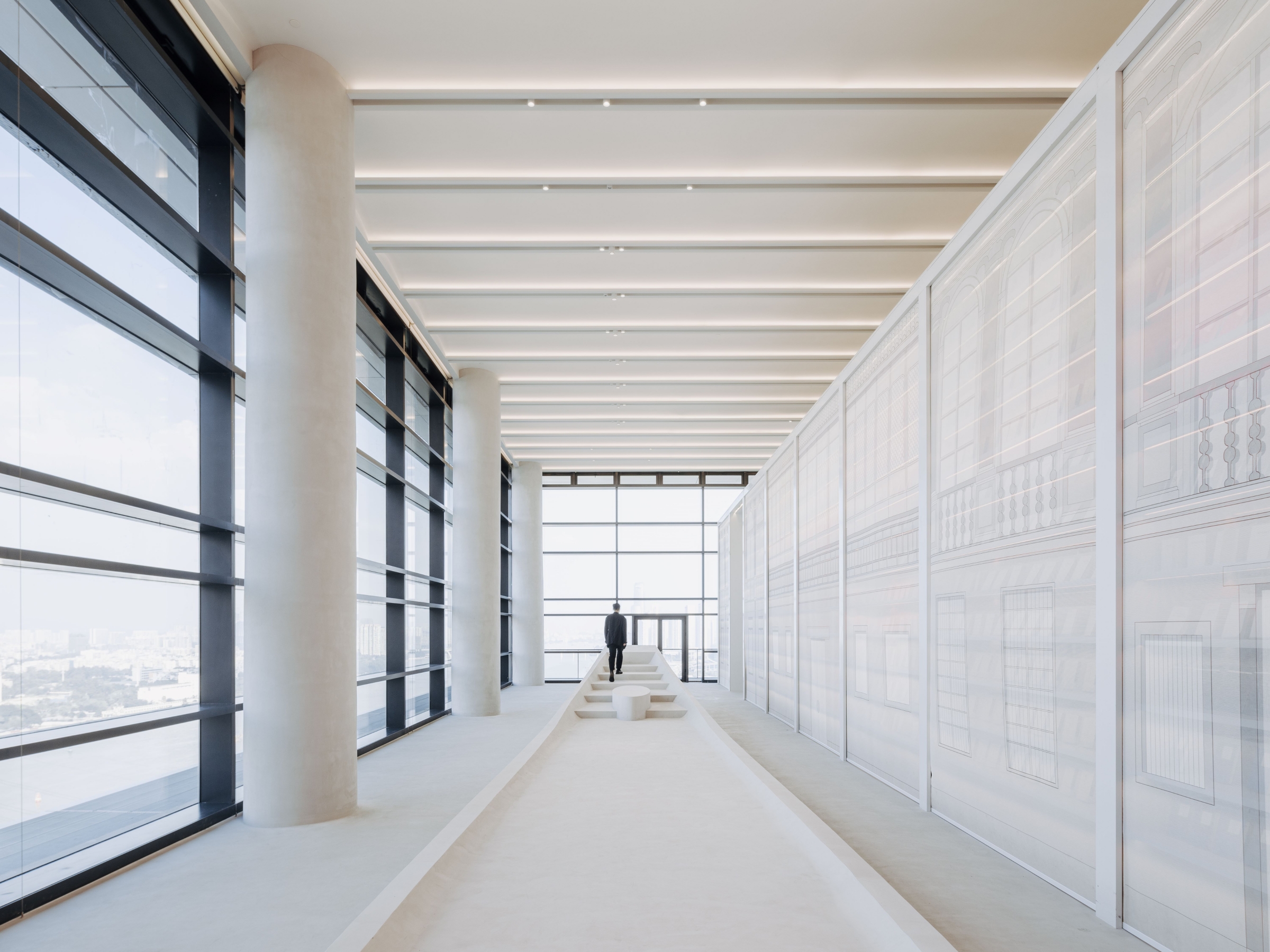 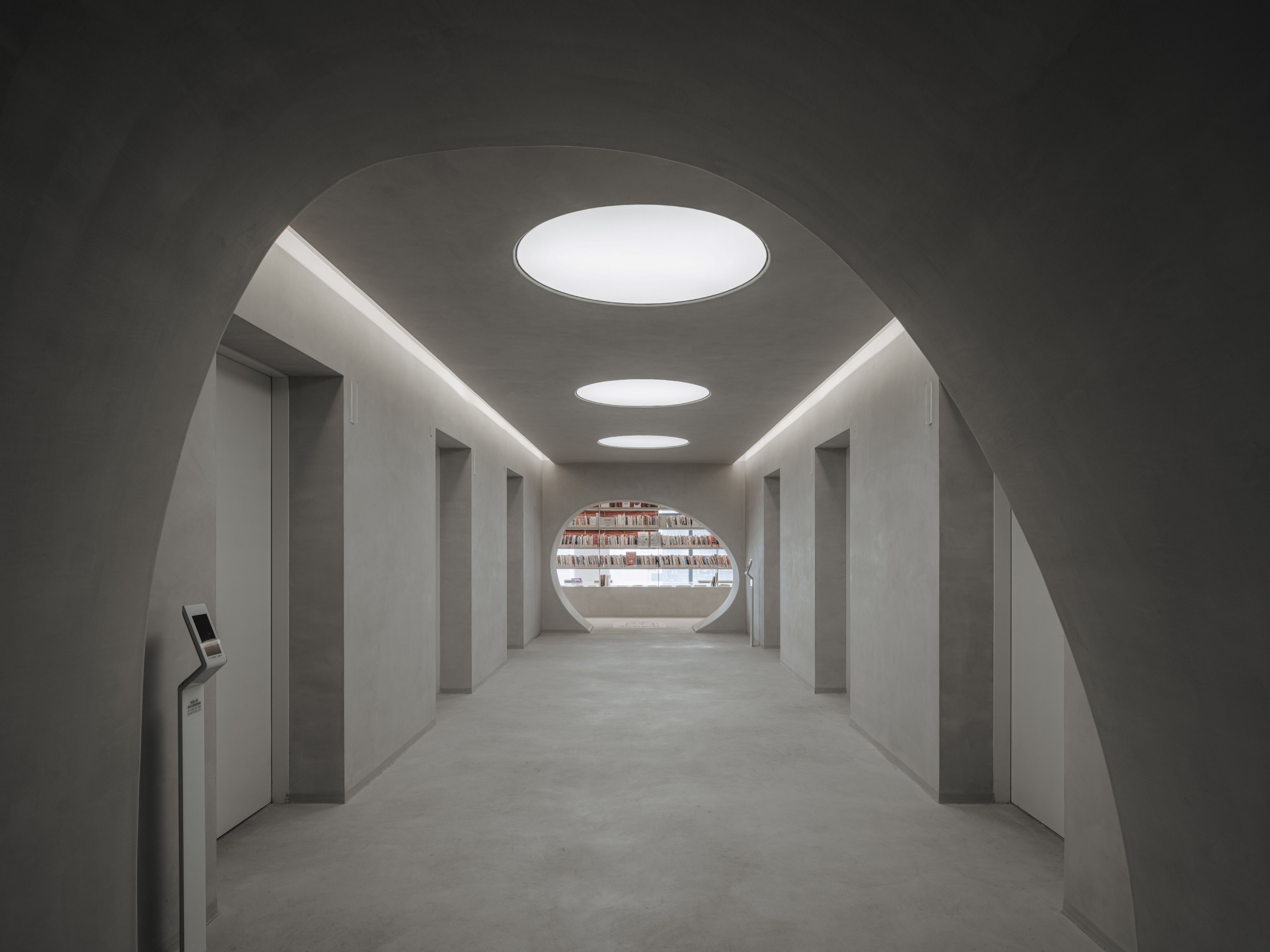 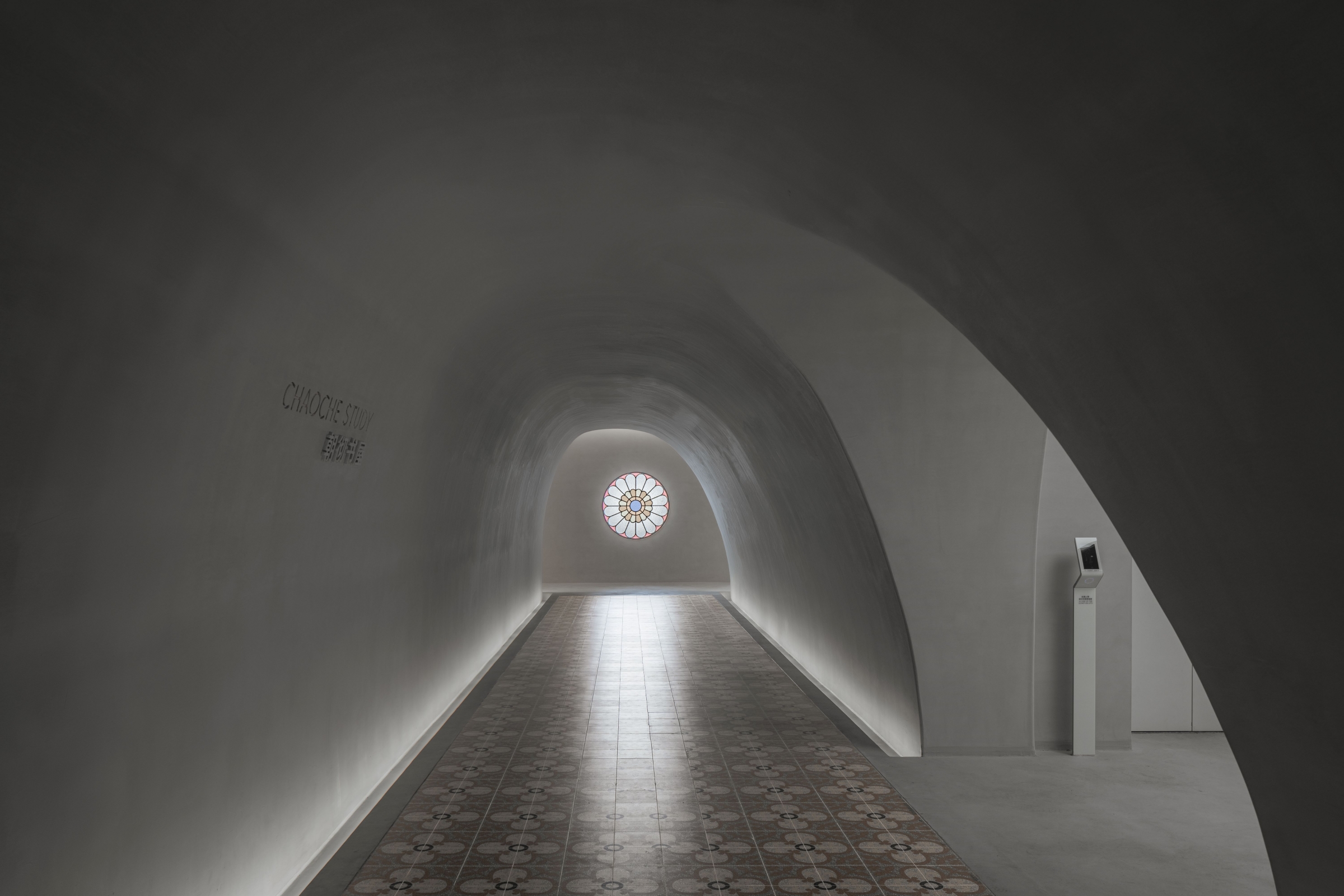 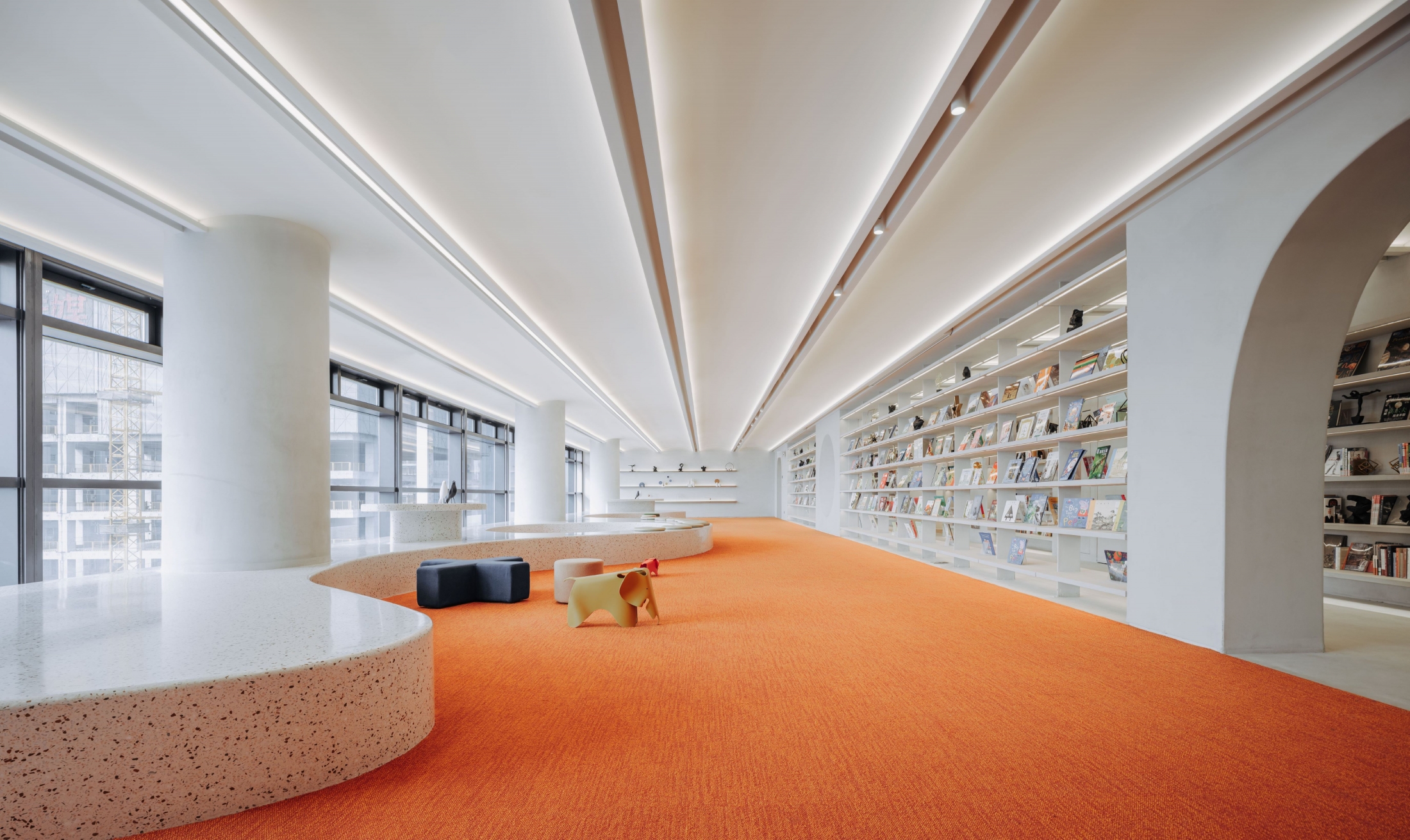 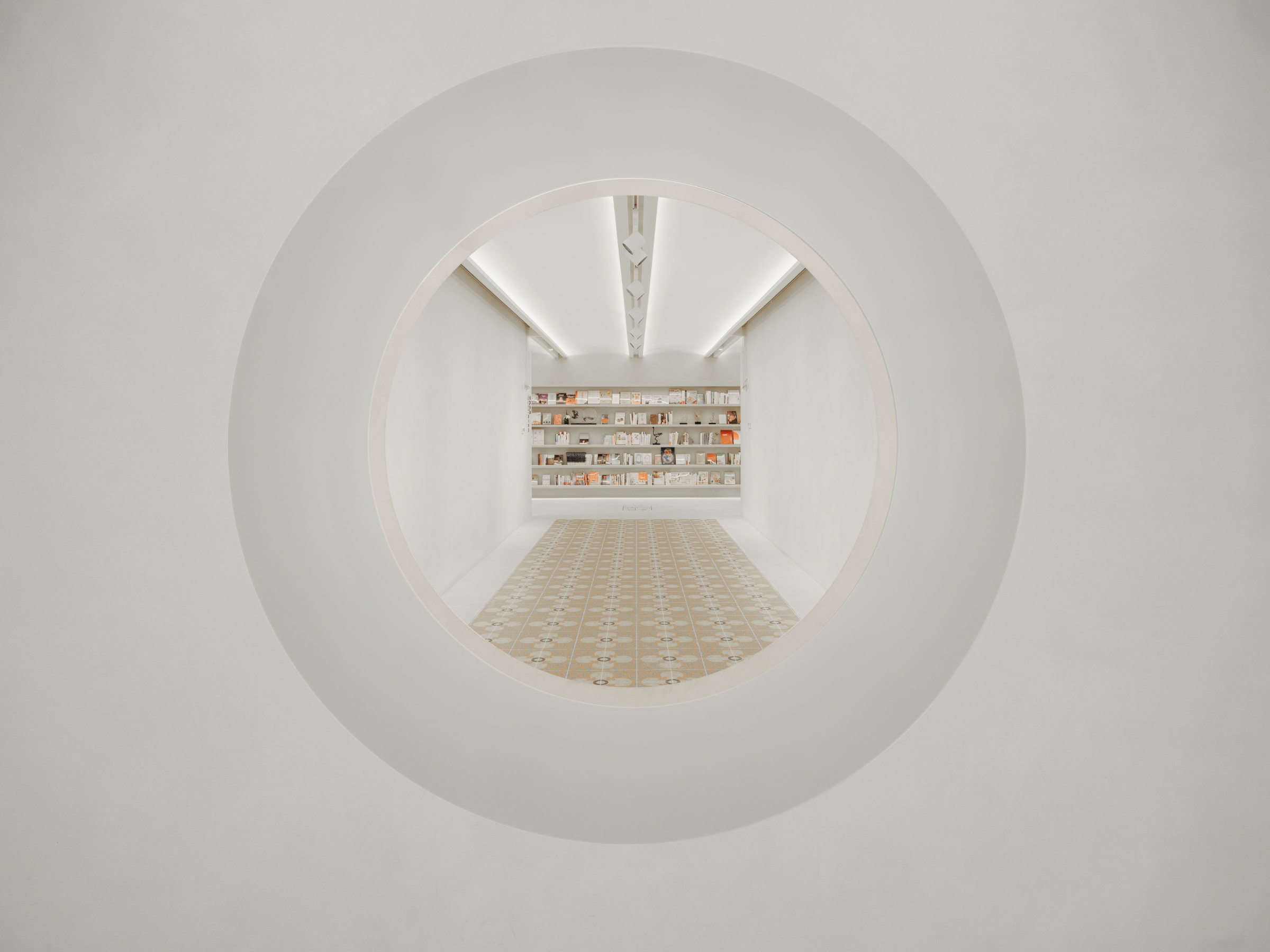 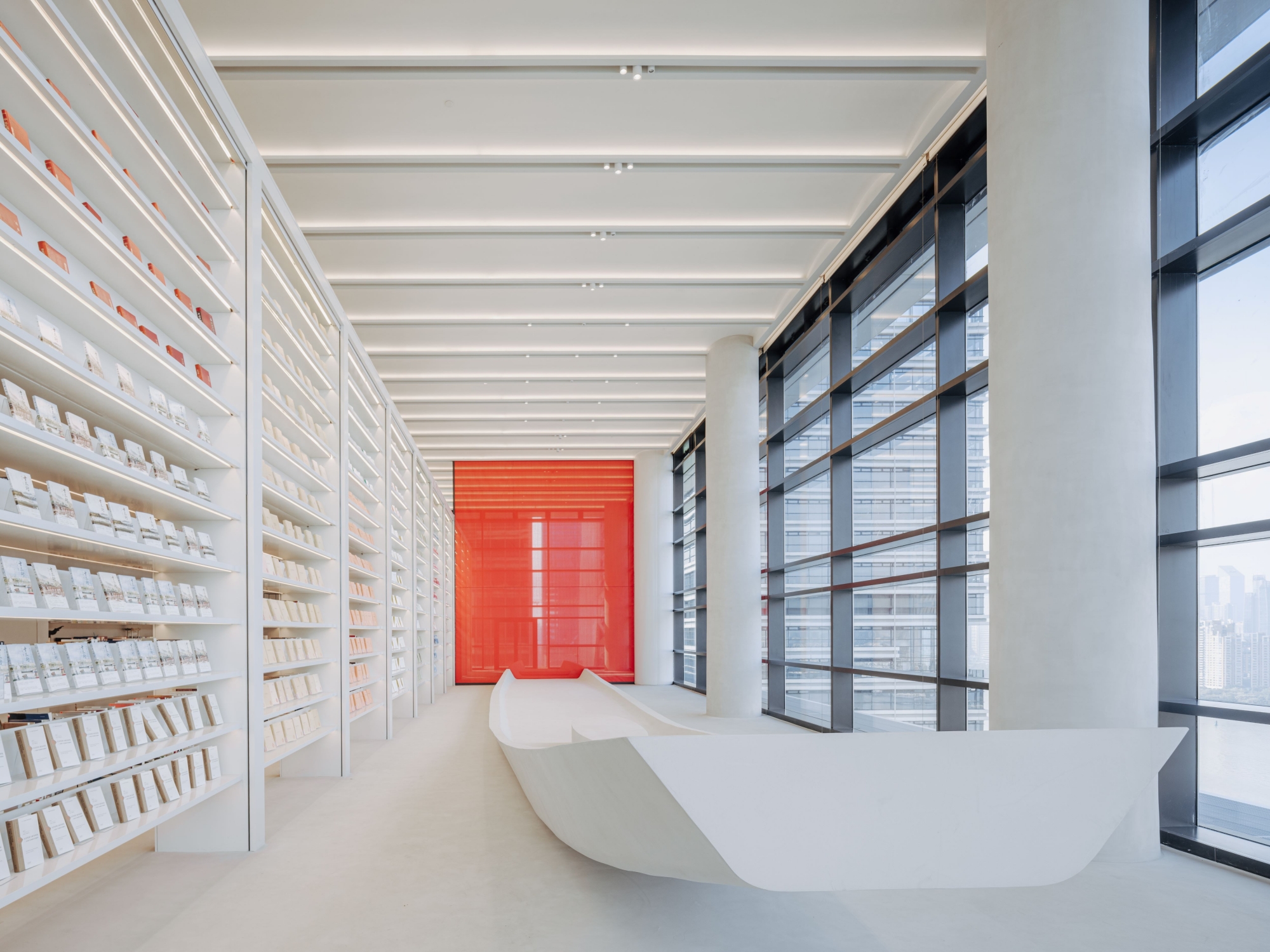 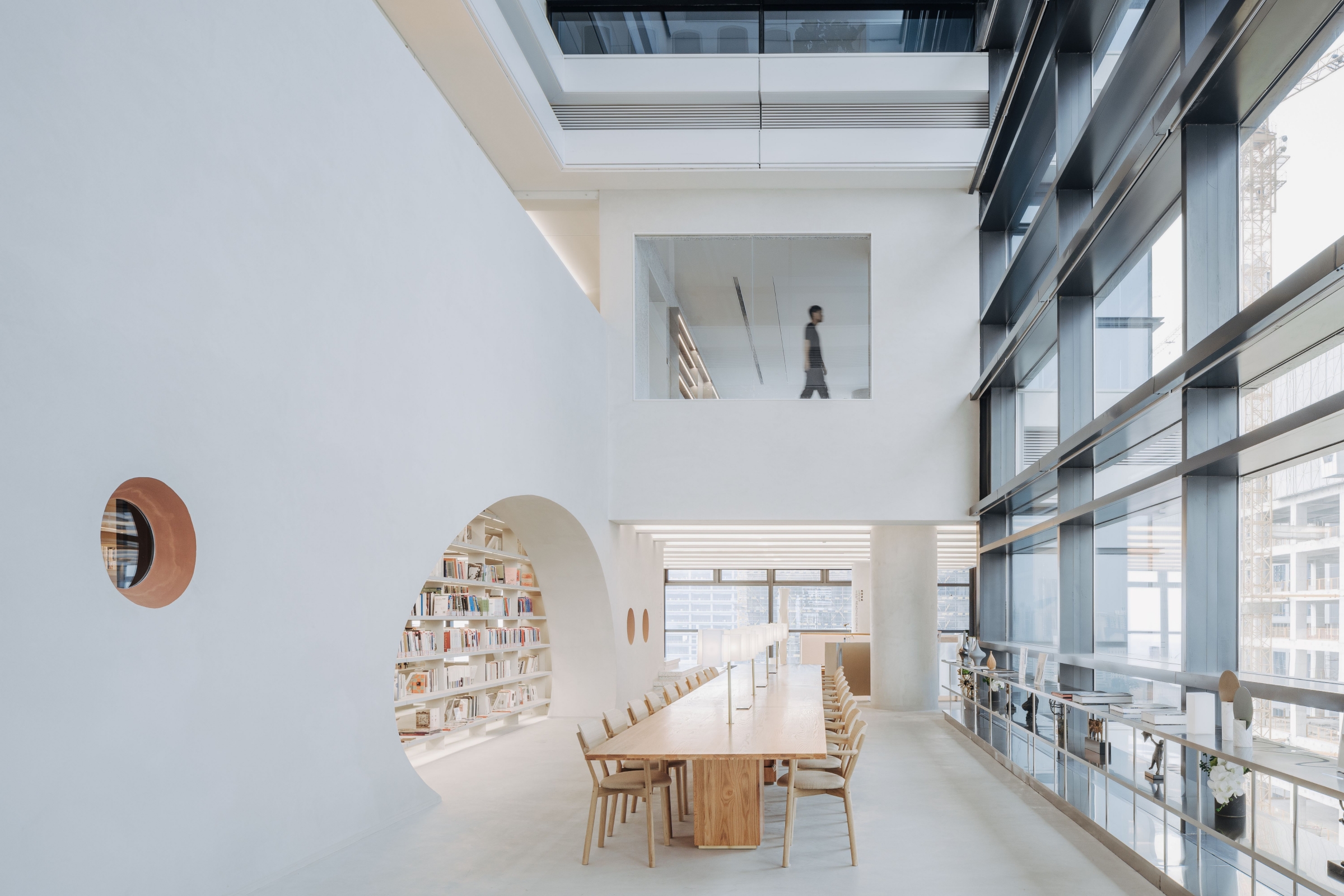 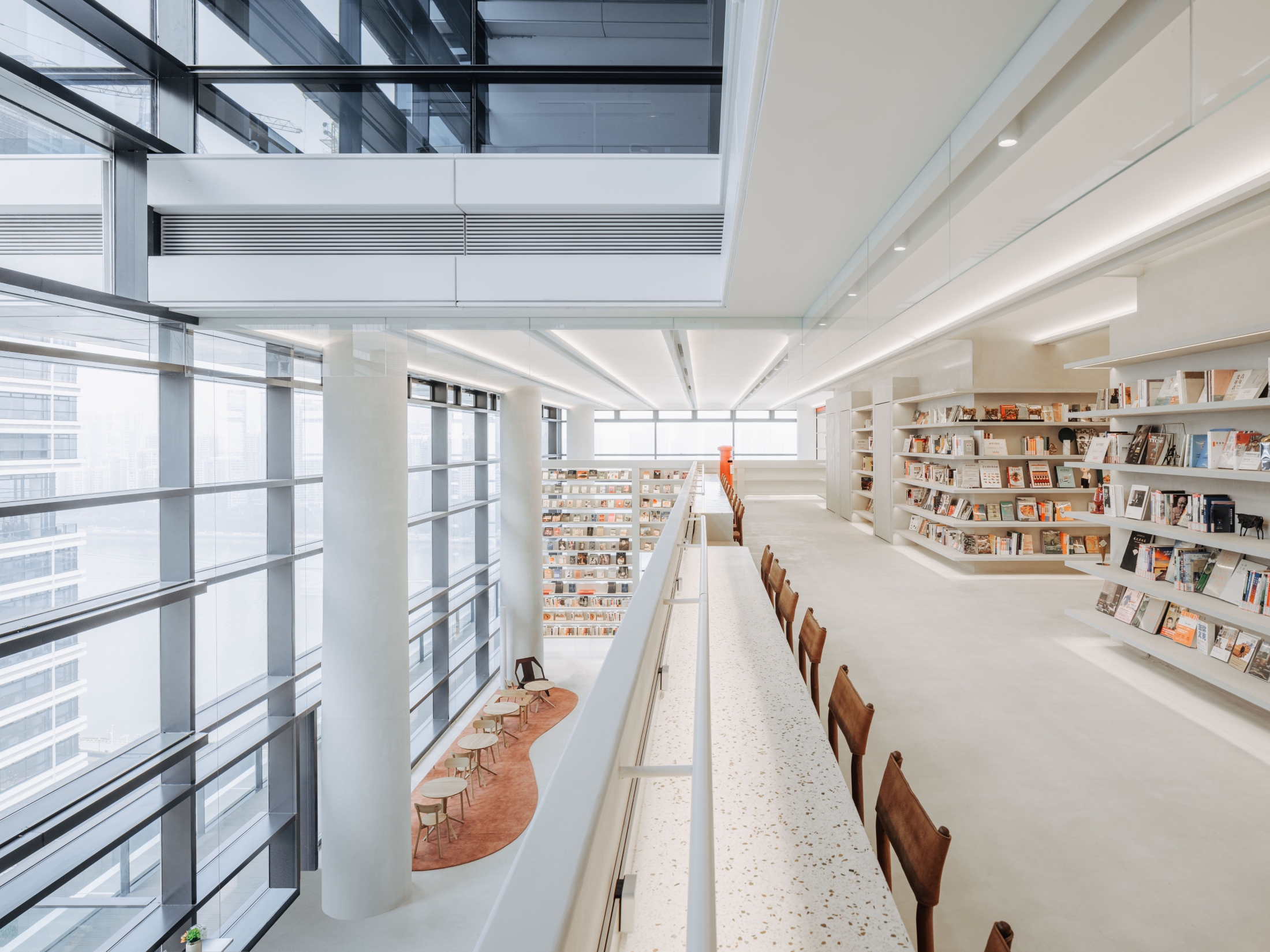 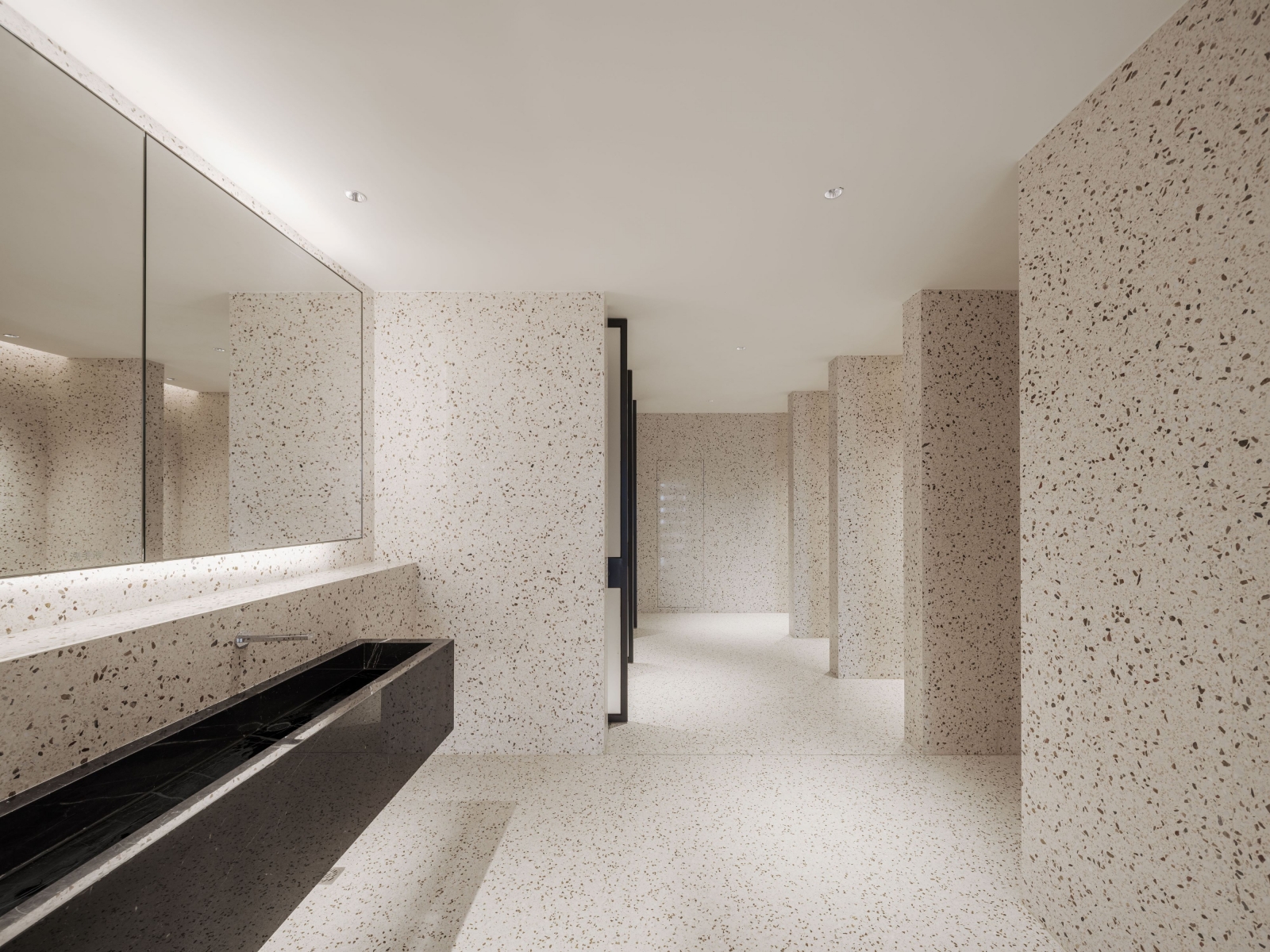 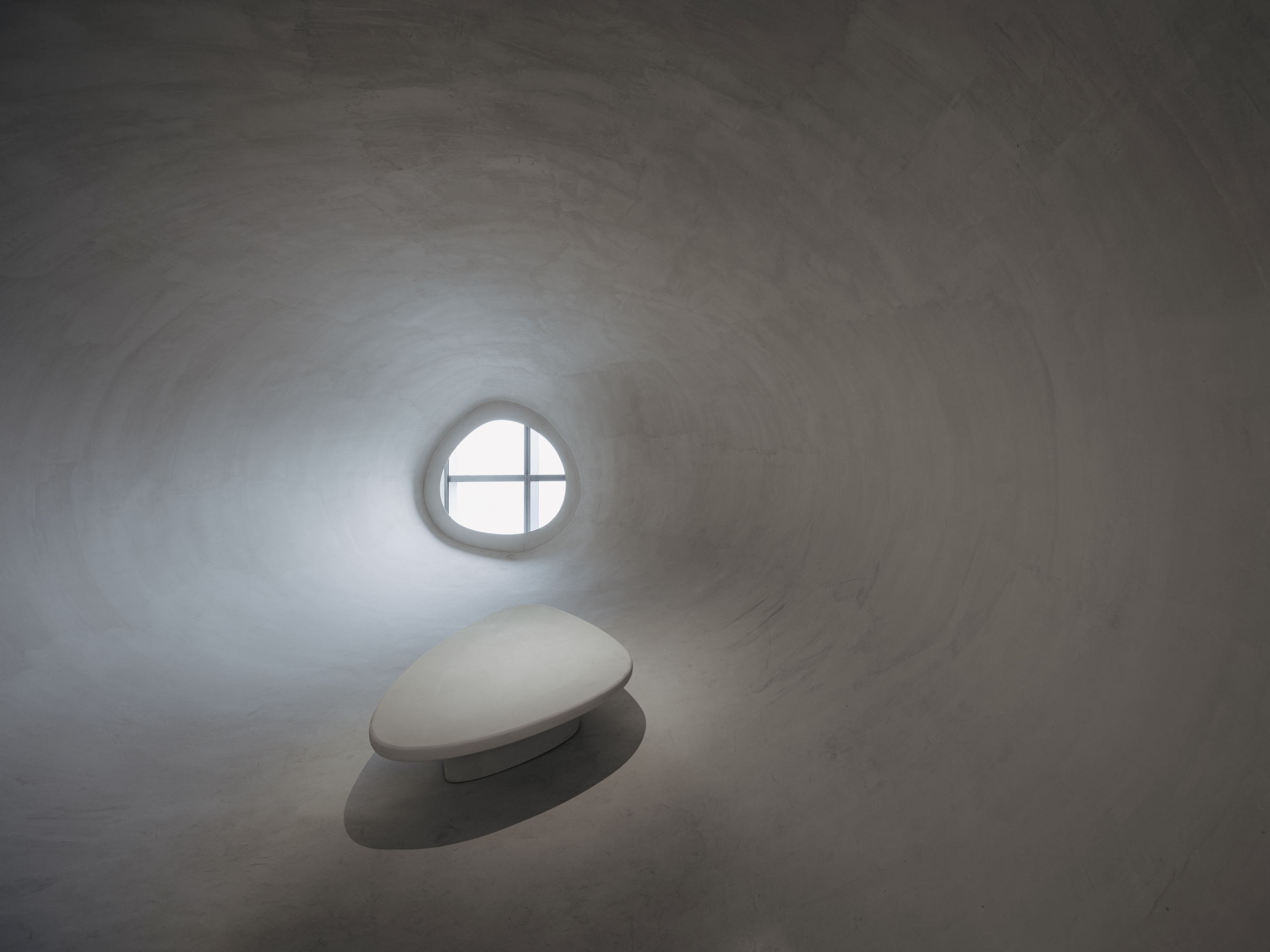 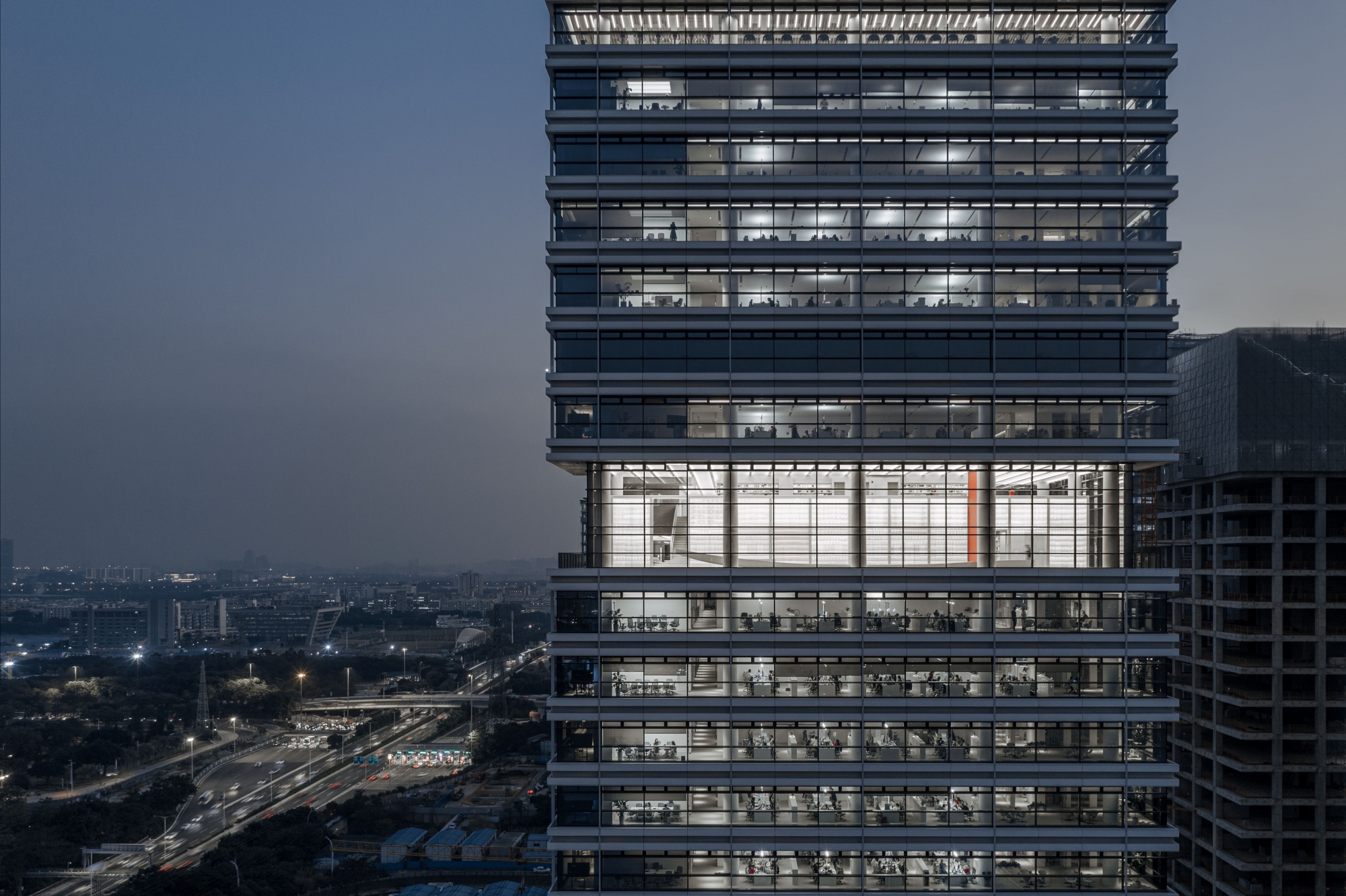 Tunnel: One needs to go through a dim tunnel before arriving at the city.
City:Within the city are rarebook room, koto room, conference room, salon and selection corridor. At the edge are the café, lobby, magazine area and good things theatre.
Harbor: The tunnel leads to the entrance of VIP Harbor and you can take a break at the nook before entering. The large 13 bays of bookshelves become the city’s wall.
Under the Dome: The entire harbor is covered with rolling arches. Under these arches, sky, water and city all blends into one abstract tone.

Satori: VIP Harbor is not an enclosed fortress. The cutouts on its perimeter allow the light to touch the city through different shapes and angles.
Sitting and Forgetting: There is an eye catching white ship docked at the harbor, on which one can walk slowly to the ship’s bow and overlook the Pearl River flowing quietly under. 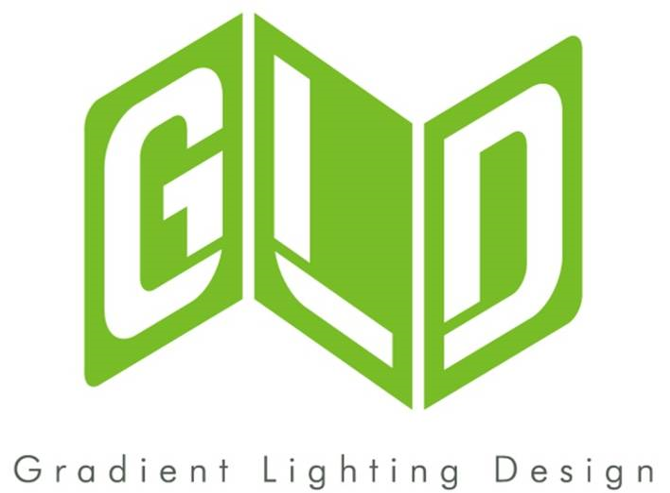