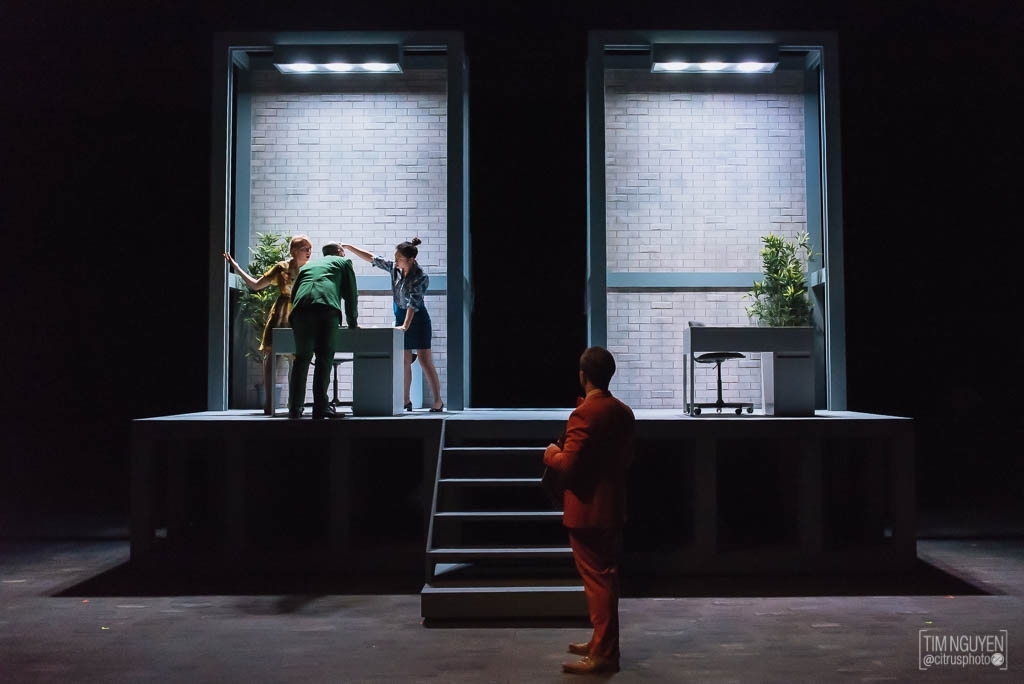 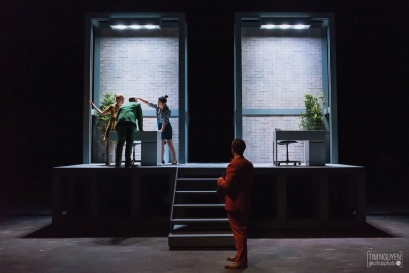 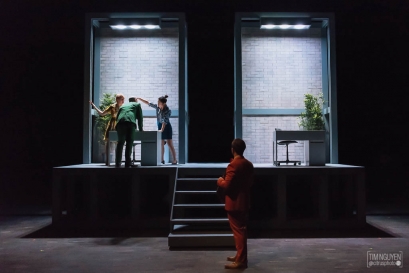 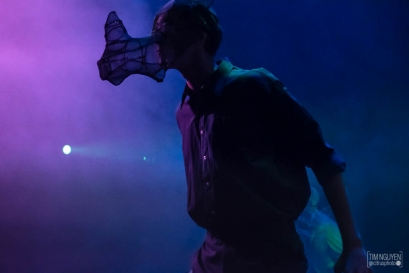 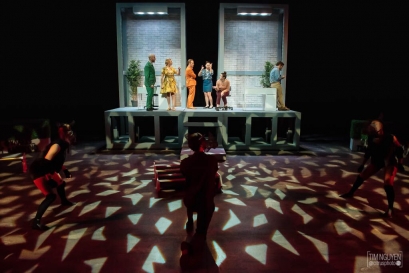 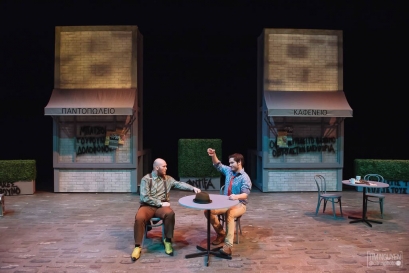 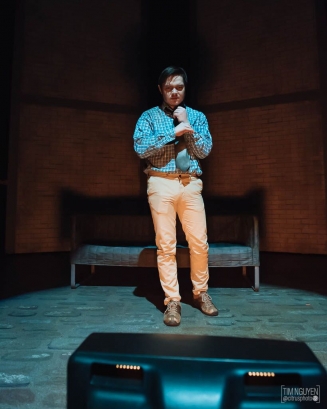 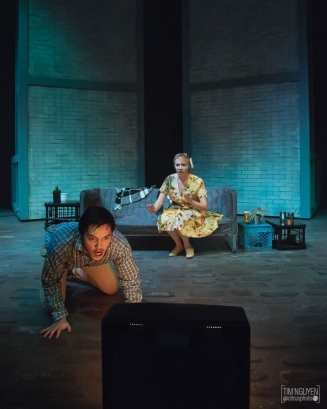 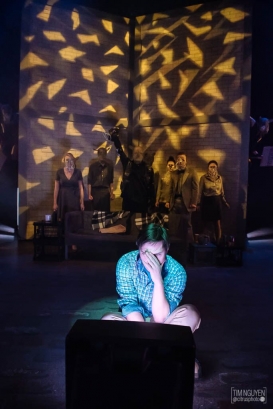 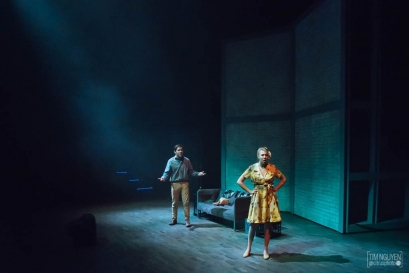 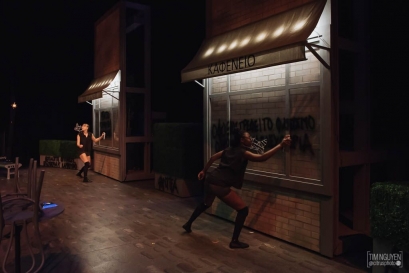 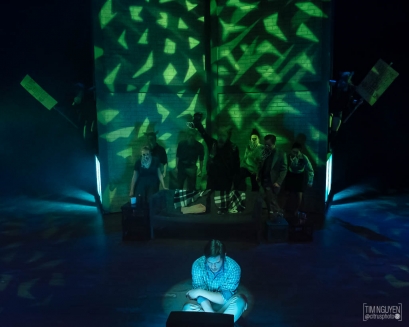 Prize(s) Honorable Mentions in Theater Performance Design
University University of Calgary
Lead Designers Tauran Wood
Completion Date November 2018
Project Location Reeve Theatre, Calgary AB
Entry DescriptionFor this show, the director chose to portray Berenger as representing the negative effects of indifference. The Rhinos were based on the riots in Greece, being a force of freedom but also having a good time. As the play progresses and more and more people join the Rhinos, the lights get less realistic and more colorful, incorporating more and faster movement. Meanwhile, the lights on Berenger remain desaturated and isolated, separating him from the force of change around him.
The realism begins with a sunrise. As the audience enters, the lights slowly go through a sequence of color and angle changes, like the break of day.
In the second scene, the office, the backlights were mounted to the platform itself, with an enclosure to evoke fluorescent office lighting while still being controllable, aiding in contrast between the Rhinos on the floor and the humans on the platform.
By the end of the play, the Rhinos are dancing and rioting for change. It's chaotic and fun, and the lights match, spinning and changing color. Meanwhile Berenger watches the TV. He complains about what he sees but does nothing, sitting in a spotlight that slowly shrinks around him, isolating him from the world. 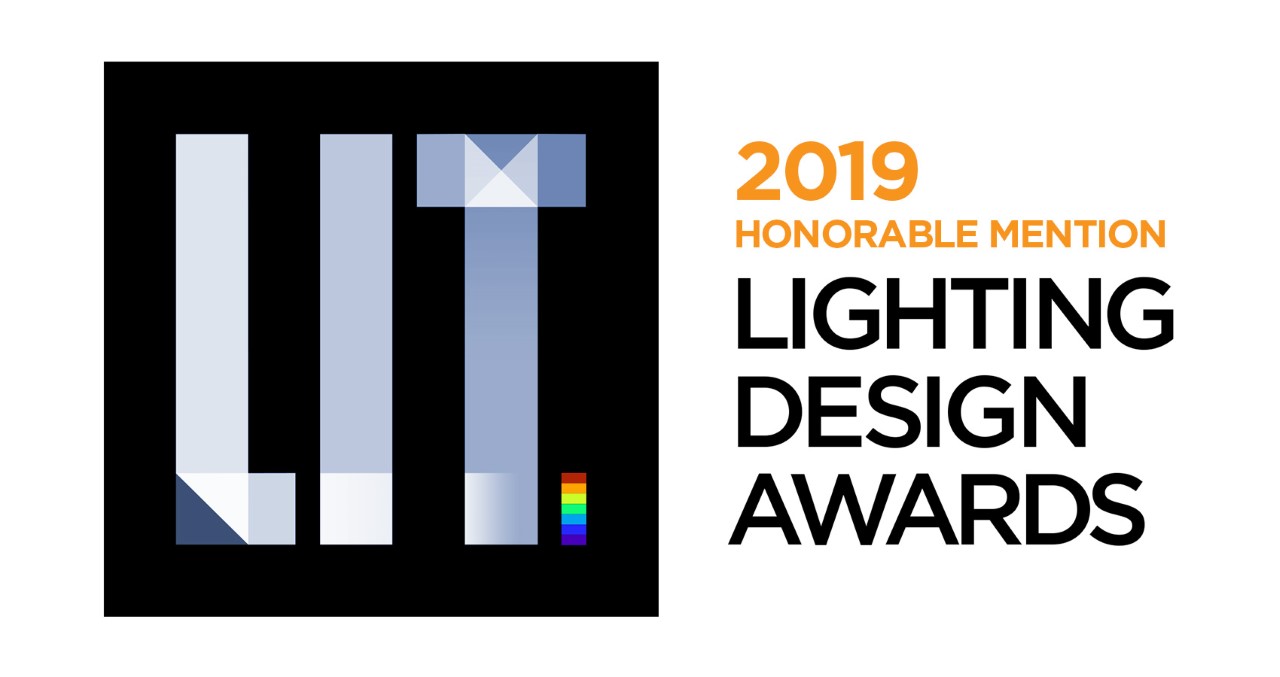