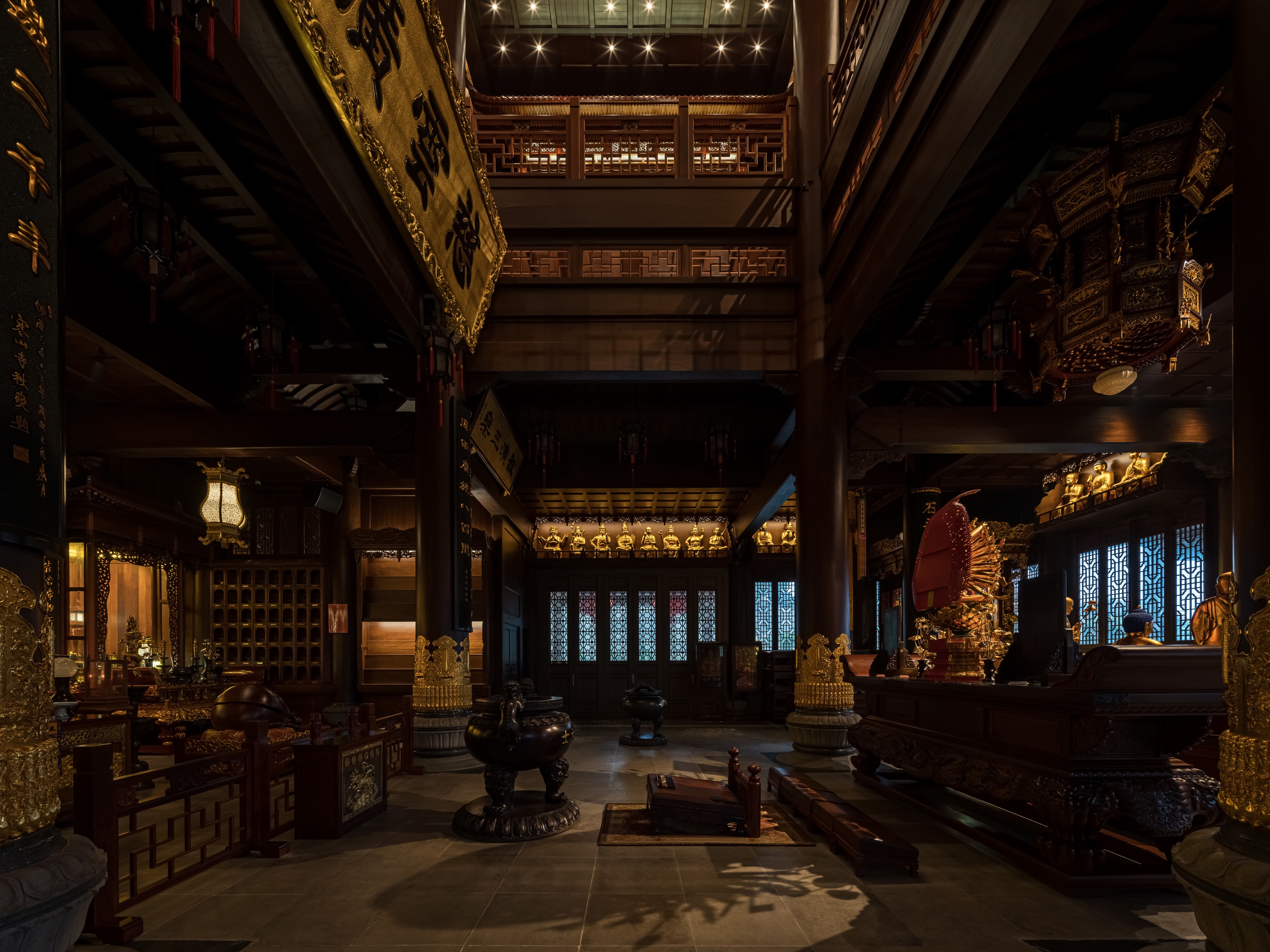 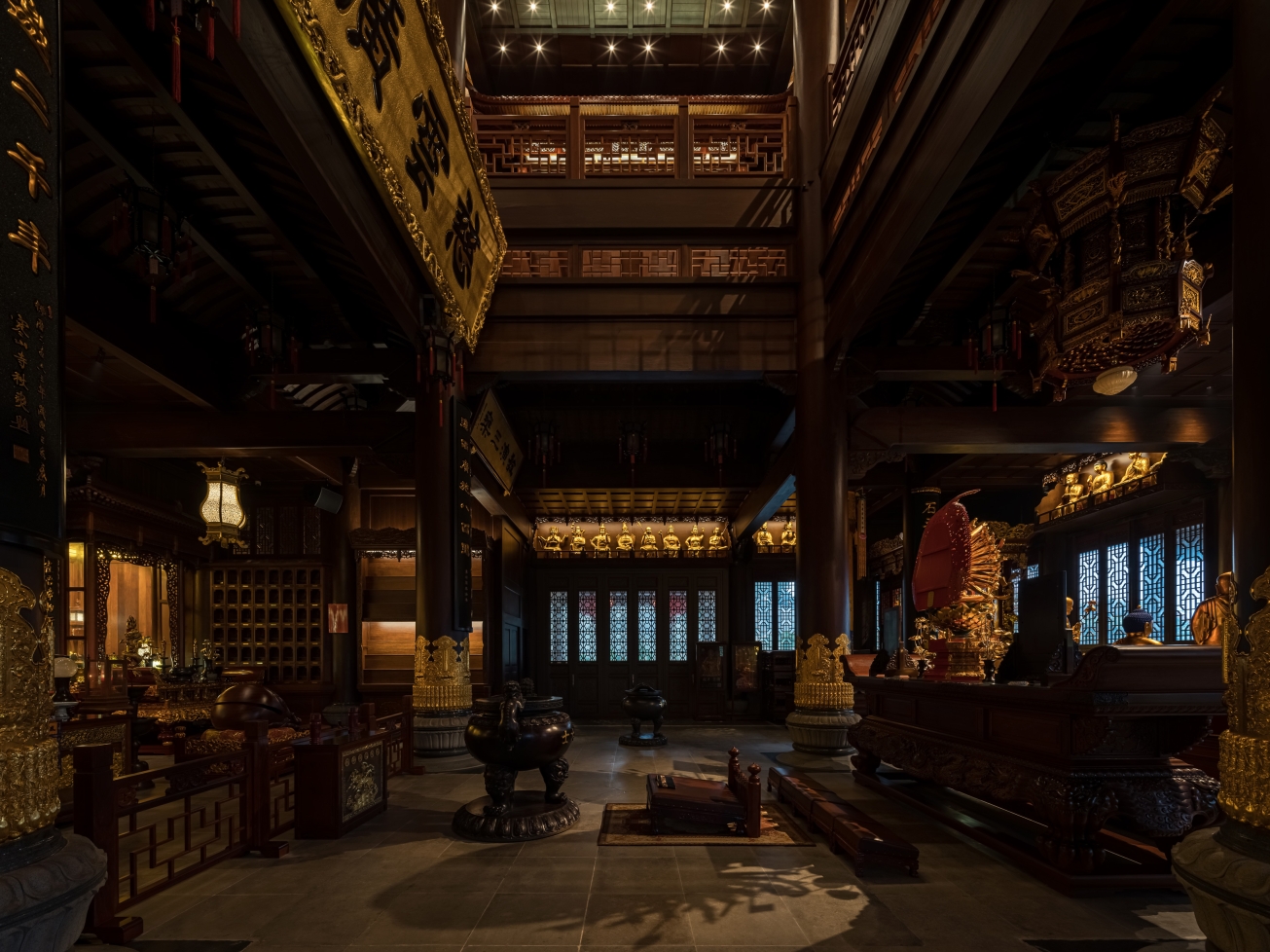 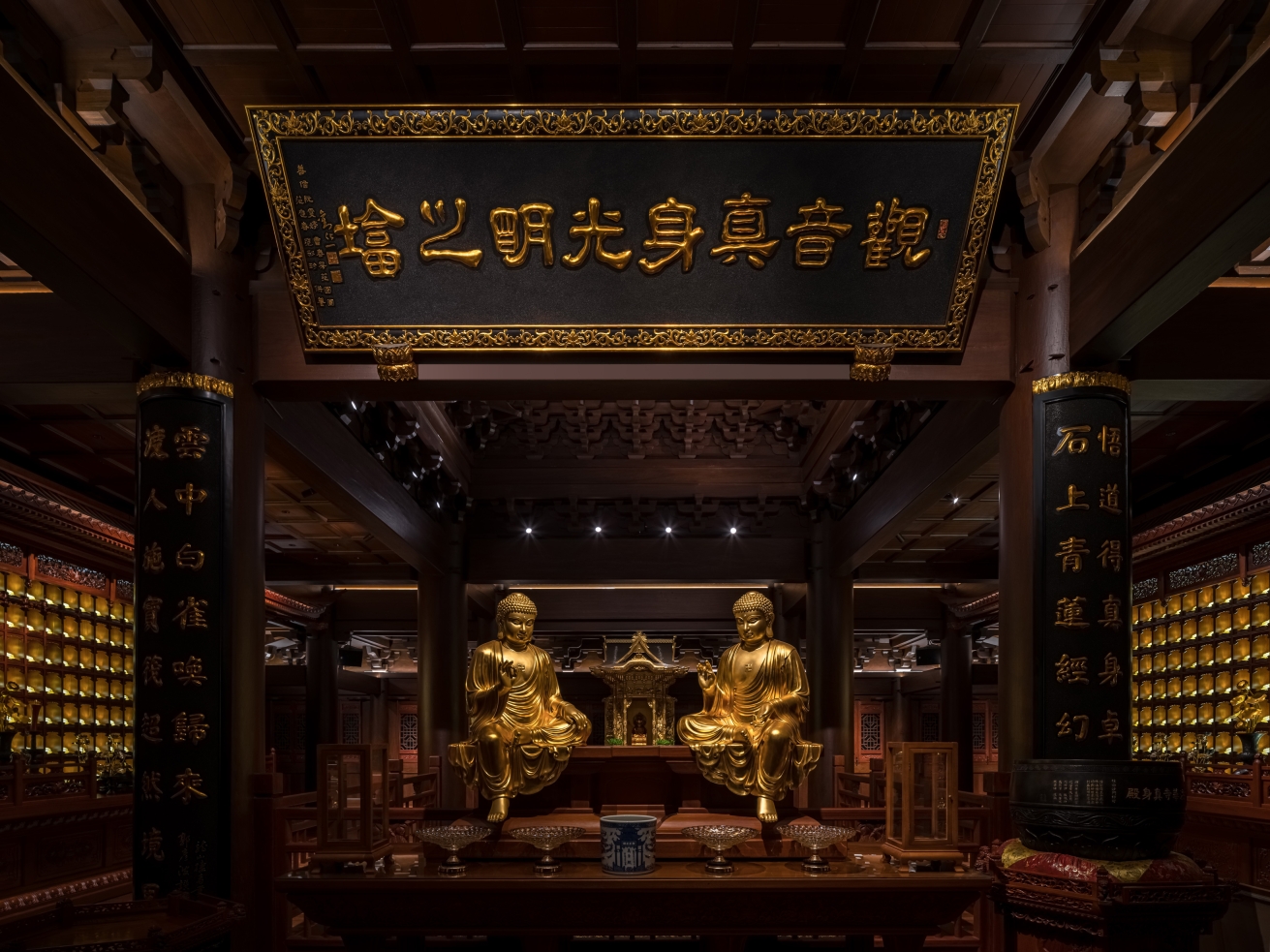 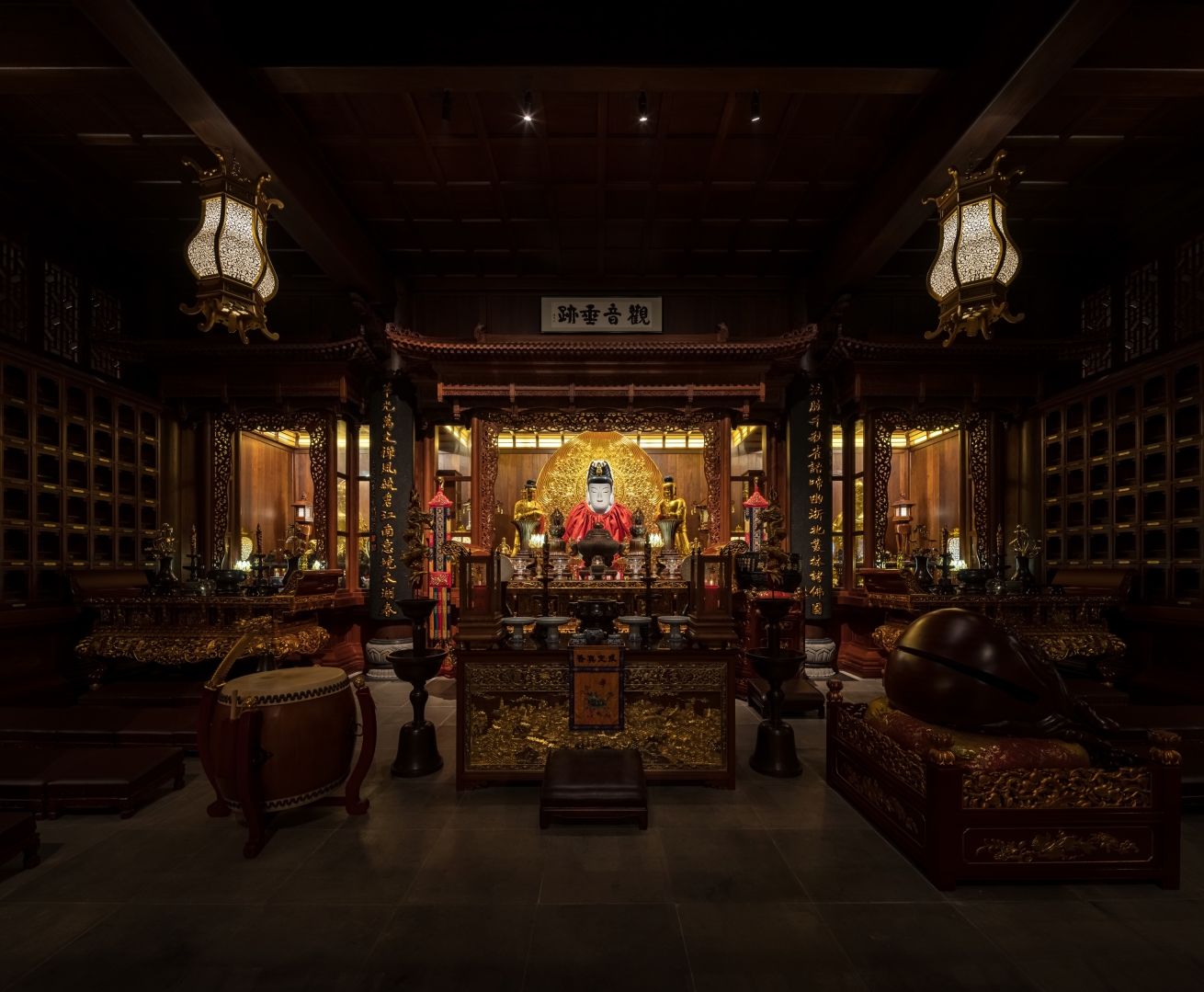 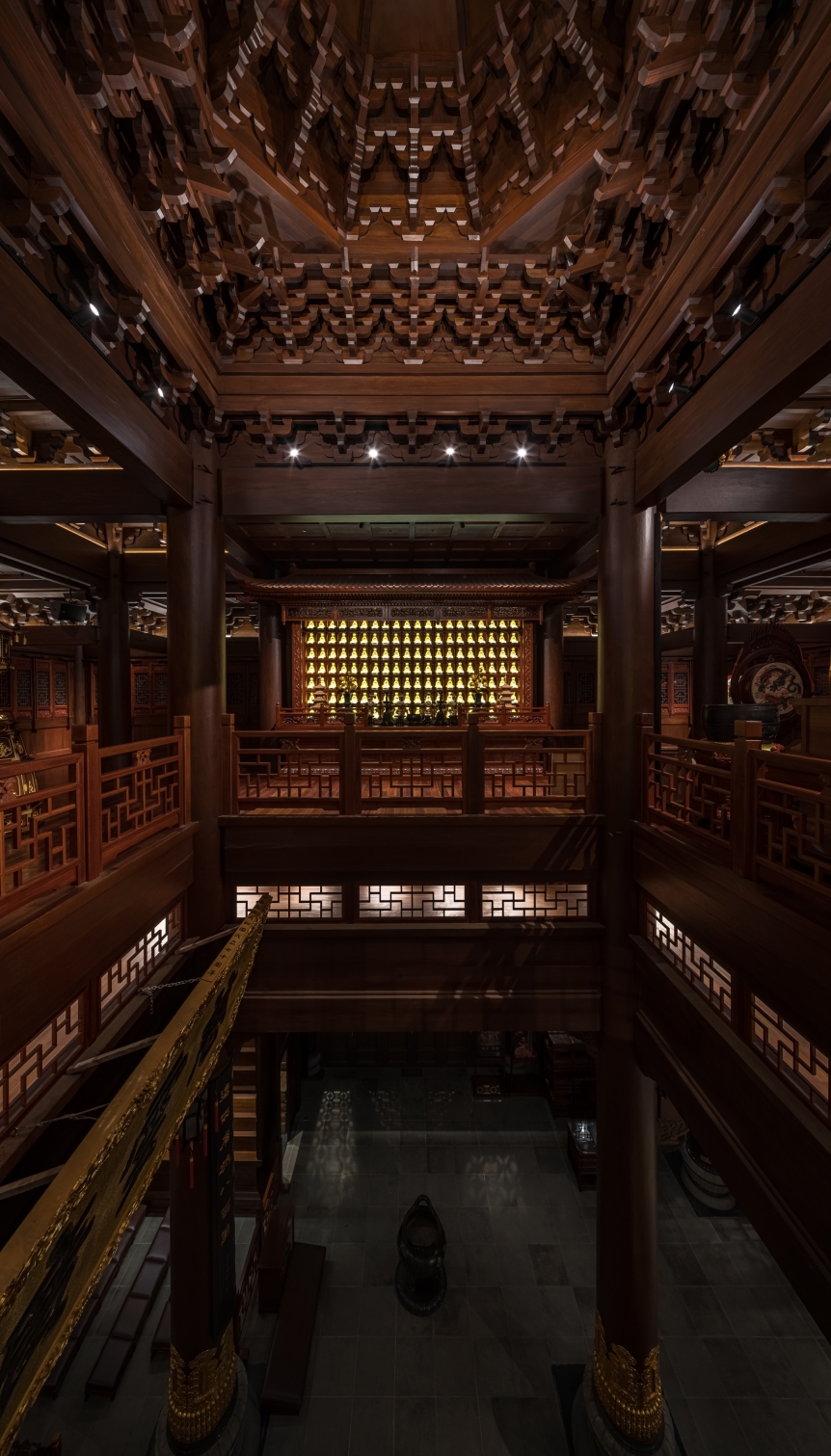 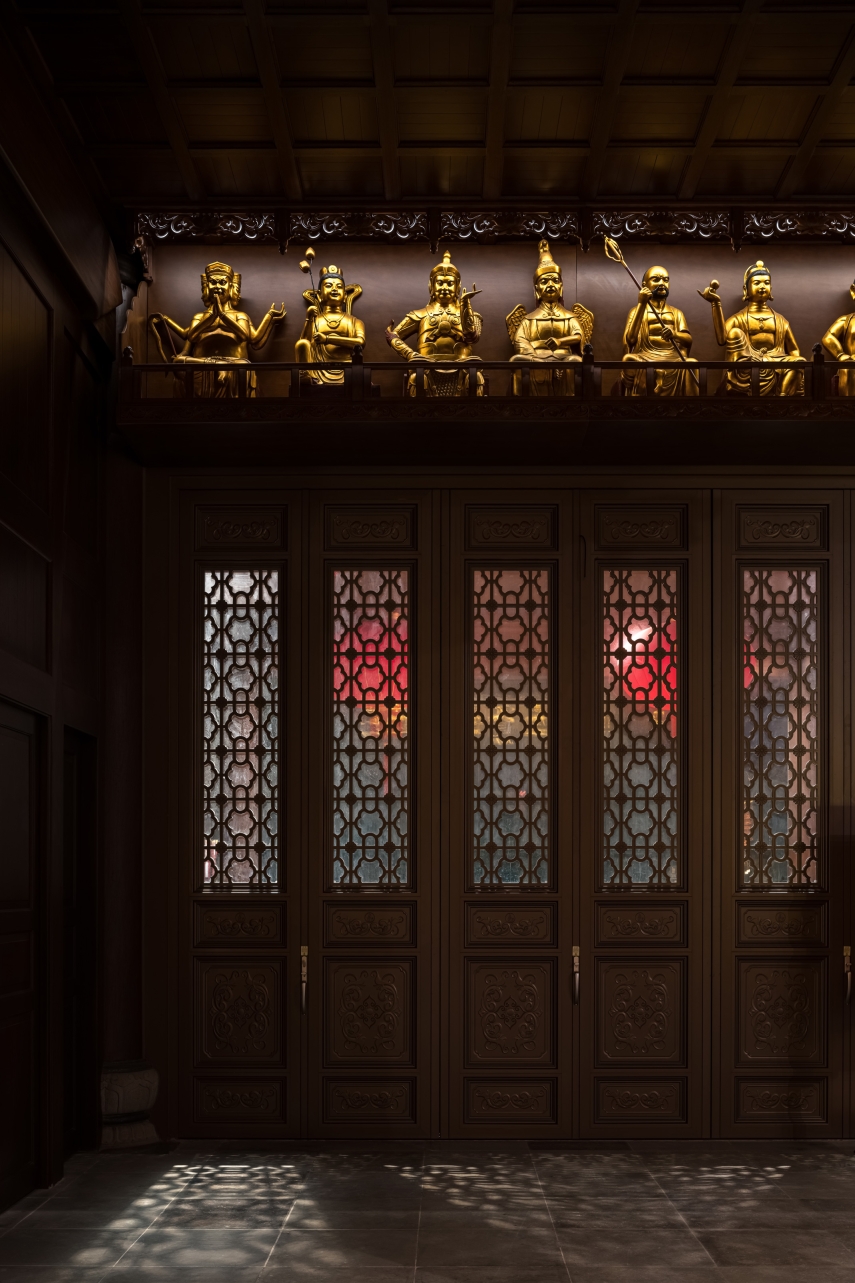 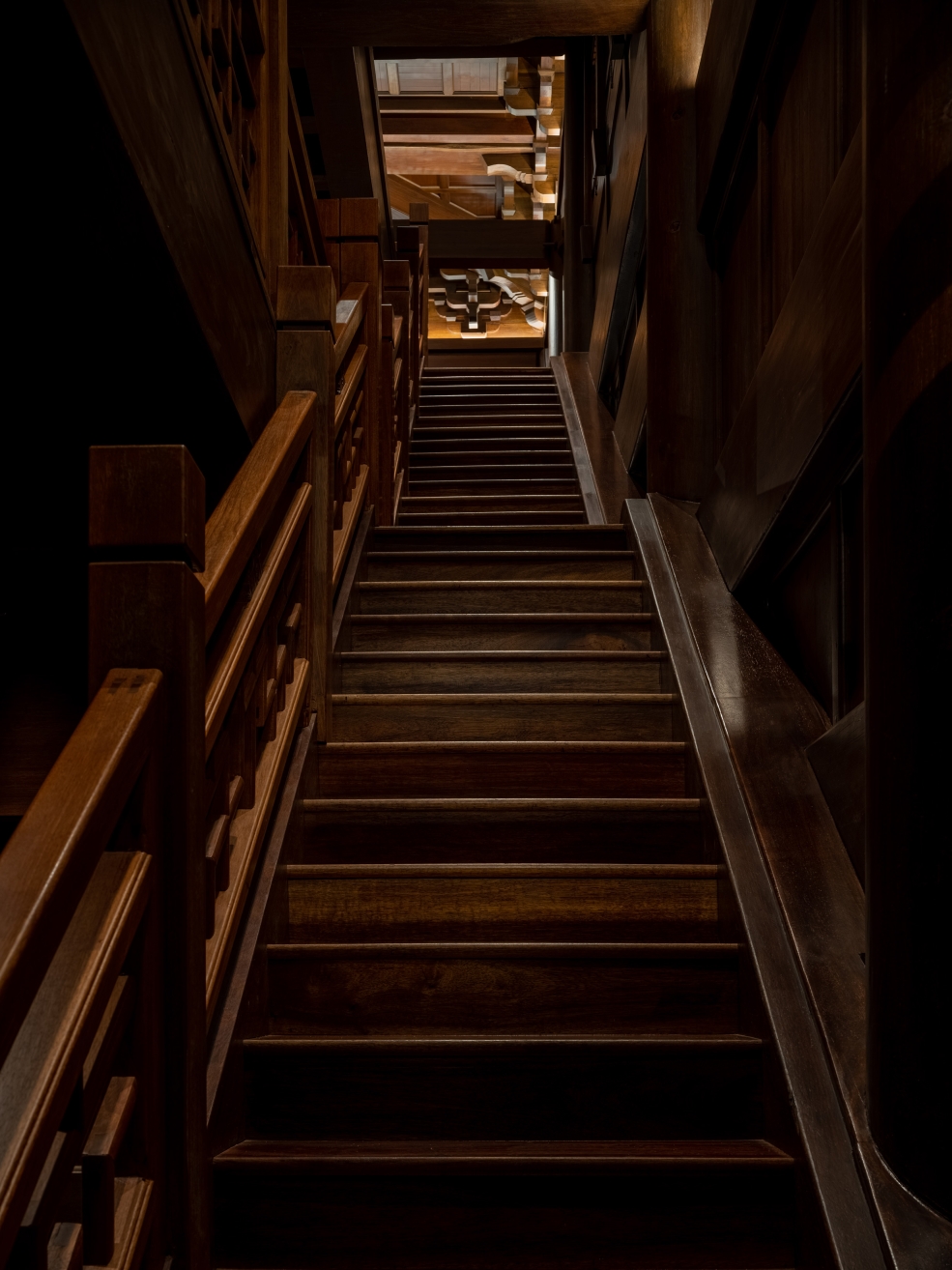 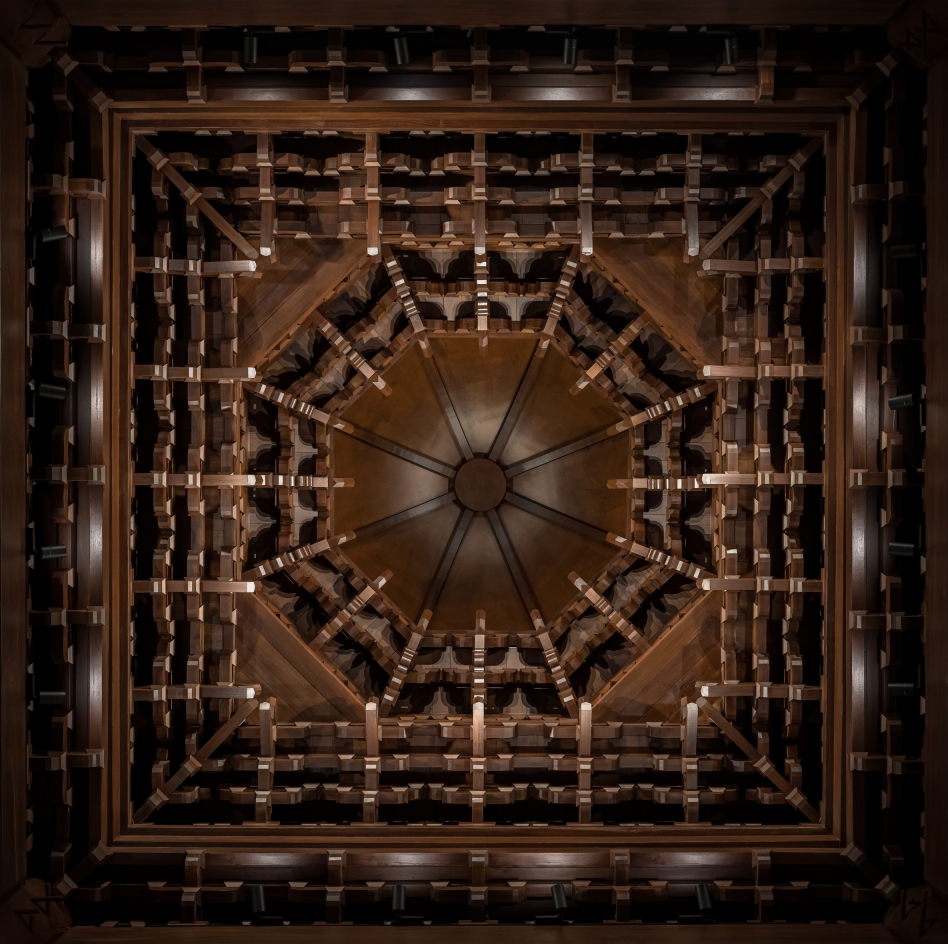 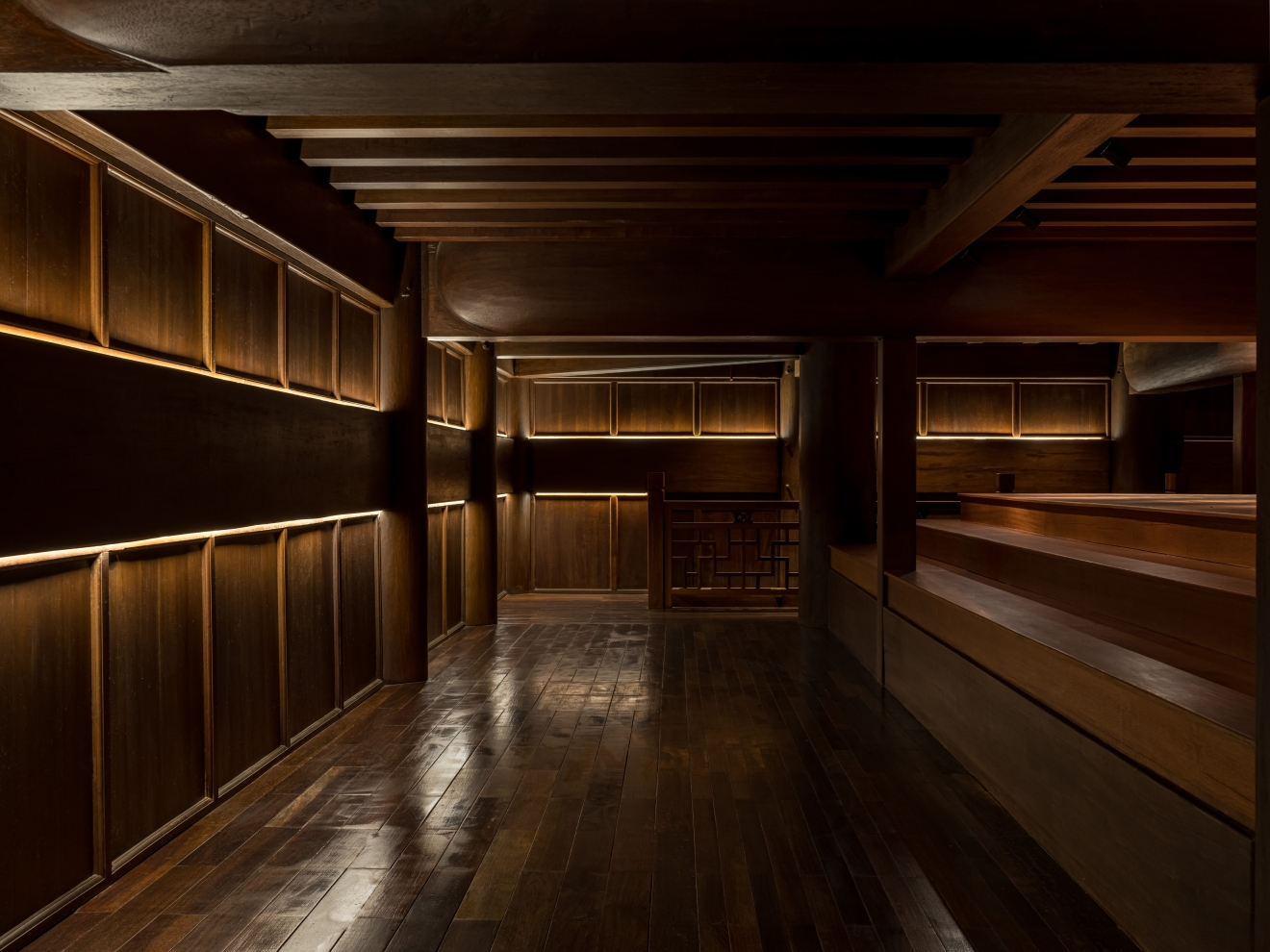 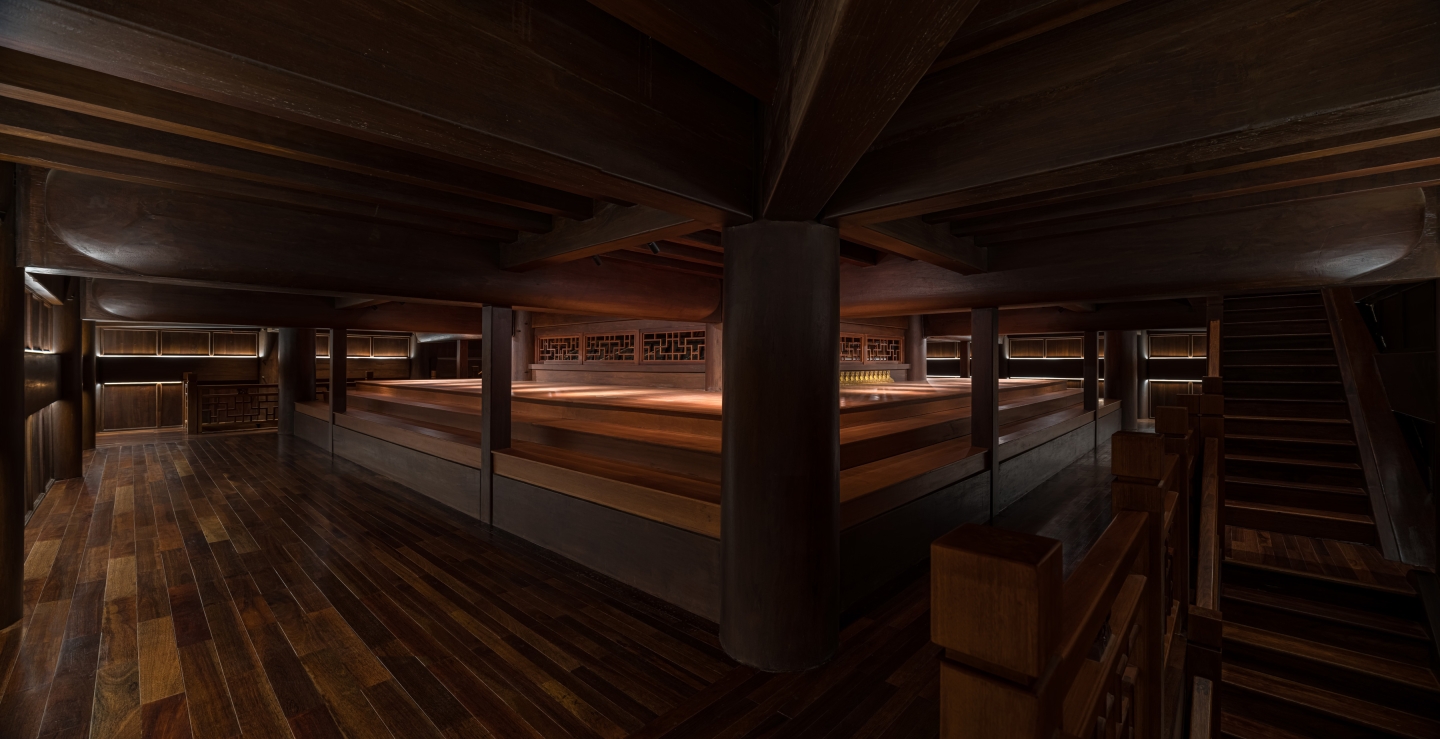 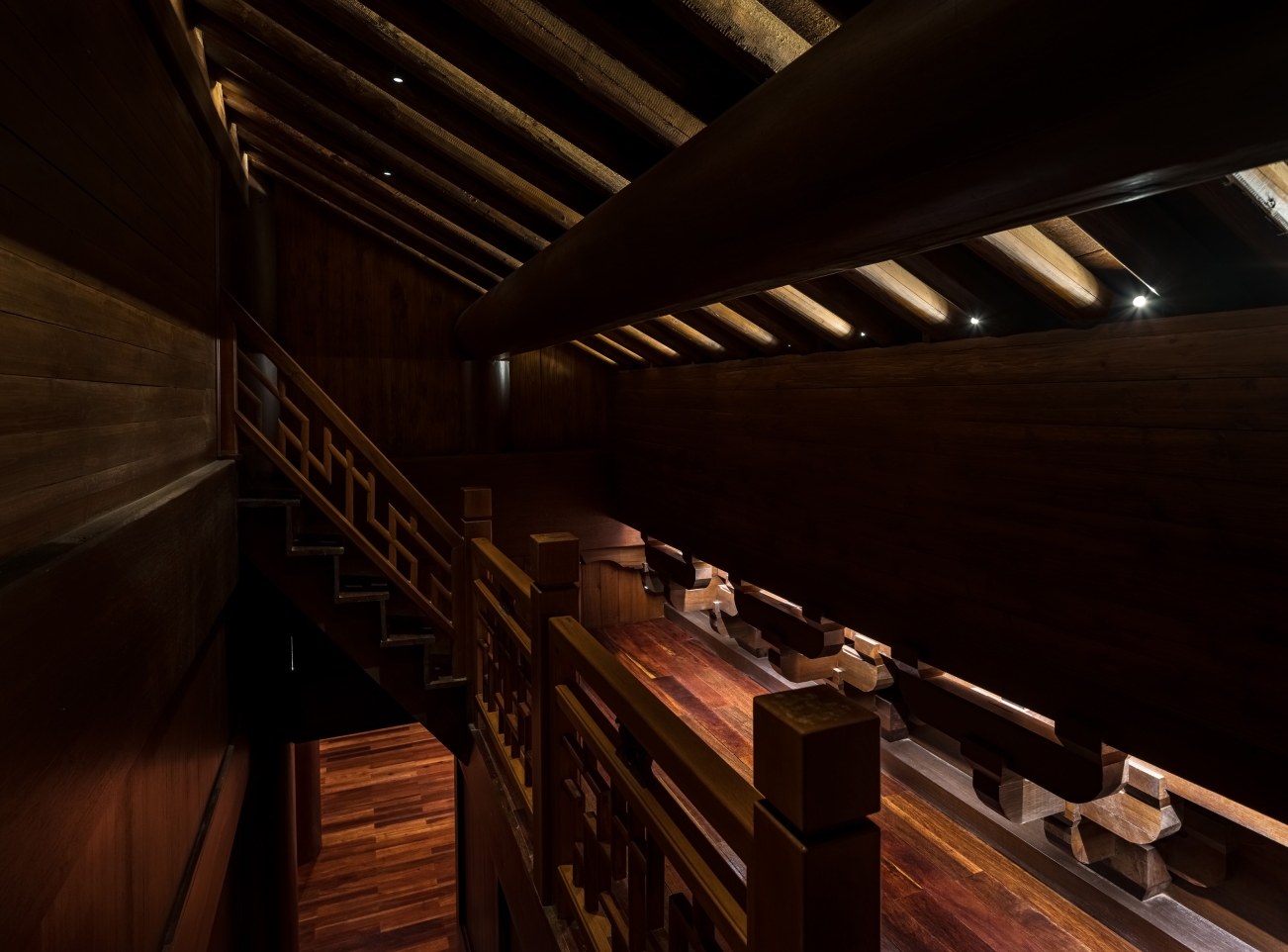 Interior Lighting in the Zhenshen Hall of the Fahua Temple

Prize(s) Winners in Interior Architectural Illumination
Company TORYO International Lighting Design Center
Lead Designers Dongliang Xu
Other Designer's names Zhe Wu, Ying Chang, Li Tang
Client Fahua Temple
Photo Credits Hongyi Lou
Completion Date Apr 2021
Project Location Huzhou, Zhe Jiang Province, China
Company Link View
Entry DescriptionThe Fahua Temple is located near Taihu Lake in Huzhou, Zhejiang.Built completely of wood with mortise and tenon joints and covering an area of about 1,000 square meters, the interior is beautifully layered.
The atmosphere caters to both devotees and tourists, with a gentle charm emanating from its traditional beauty and religious piety. The lighting effuses into each space based on its particular features. The entire hall was viewed as a lamp to be permeated with the light of the Buddhist culture. The lighting, meant to allow people to feel Buddha’s compassion and magnanimity, is a language and bridge to connect with Buddha.
Details are the spirit in architecture. Light is directed upwards at the carved ceiling brackets, from where it is diffused into the space. From the first floor to the caisson ceiling, the light moves upward as a metaphor for the rise and spread of Buddhist illumination.
Our designers made repeated surveys of the hall and frequently spoke with the monks and nuns, maintaining reverence while working and finding respite from the vanity of mundane cares.
Company DescriptionFounded in 2005 and based in Beijing, TORYO International Lighting Design Center (Lighting Design Integrated Qualification Class-A) is a professional design firm specializing in urban lighting planning and architectural lighting design. Led by Chief Designer Xu Dongliang, a passionate explorer of the lighting environment, TORYO has assembled a team of talented lighting designers across the country, accomplished many outstanding lighting projects, and obtained recognition both domestically and globally. 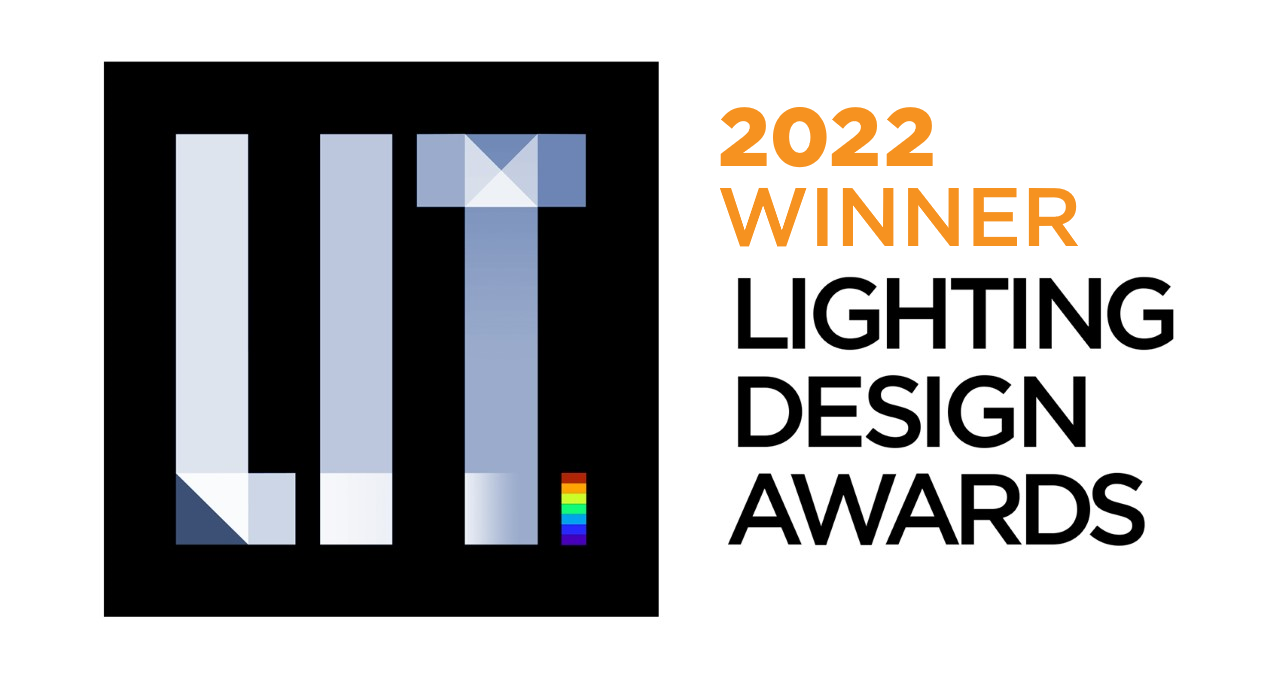