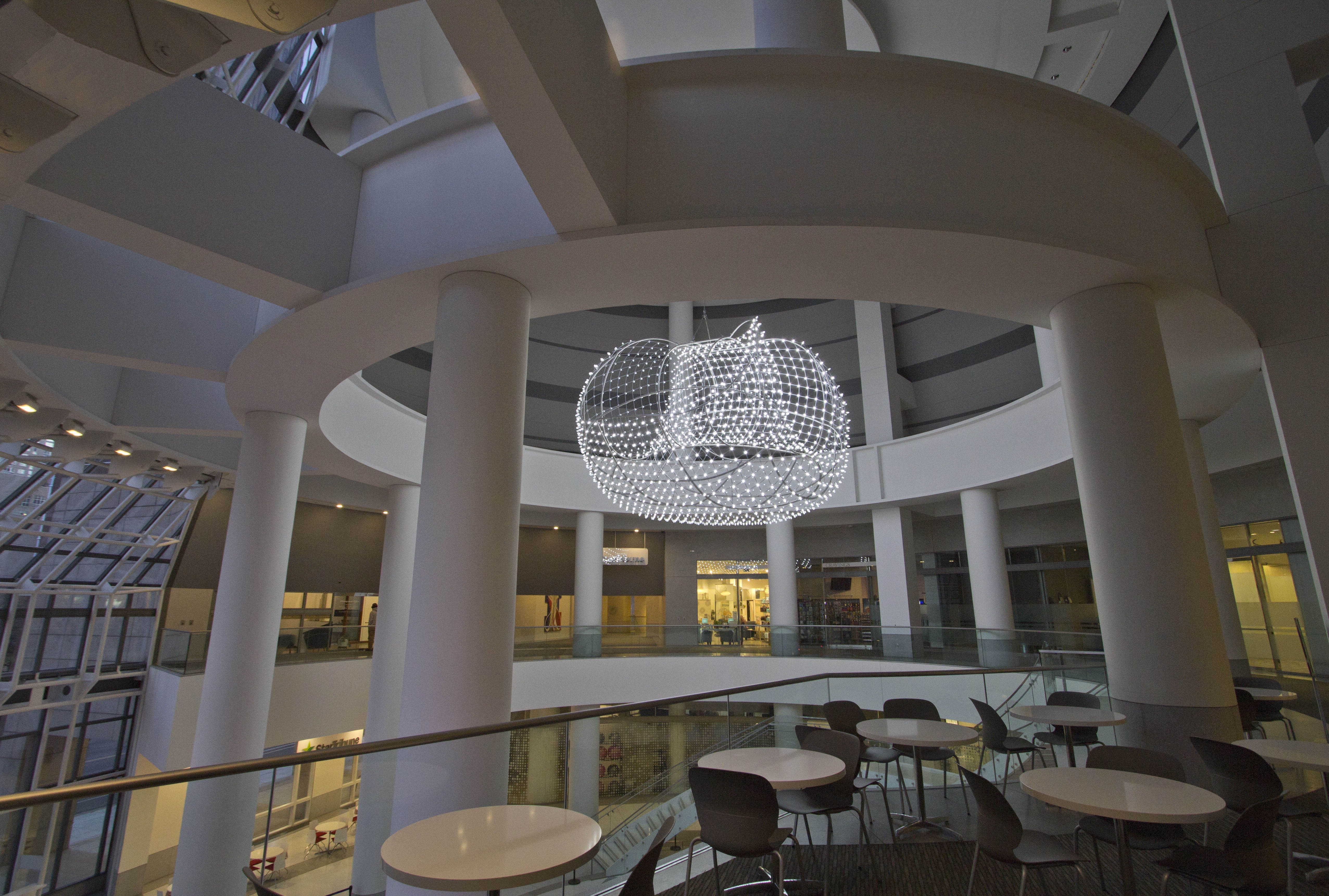 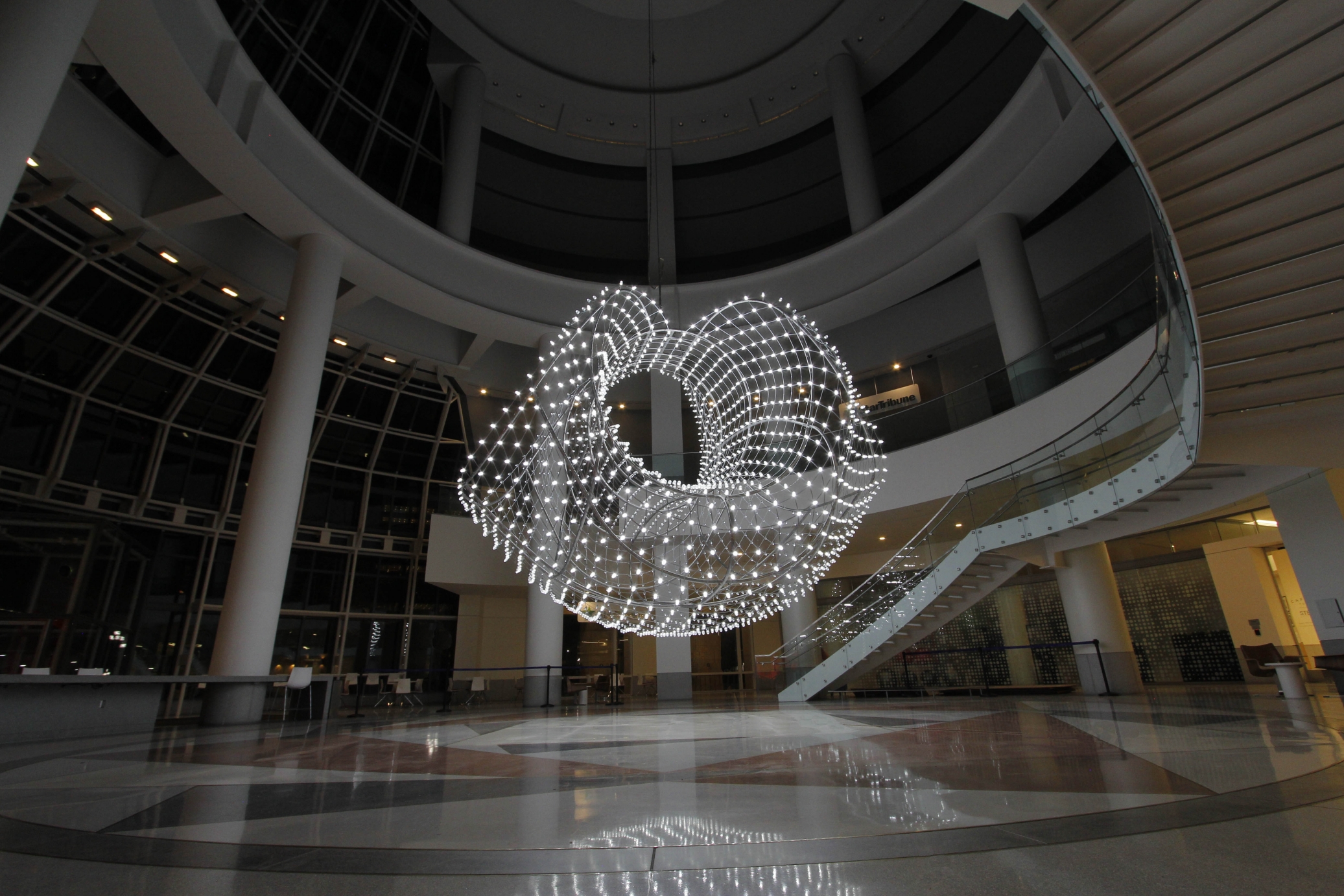 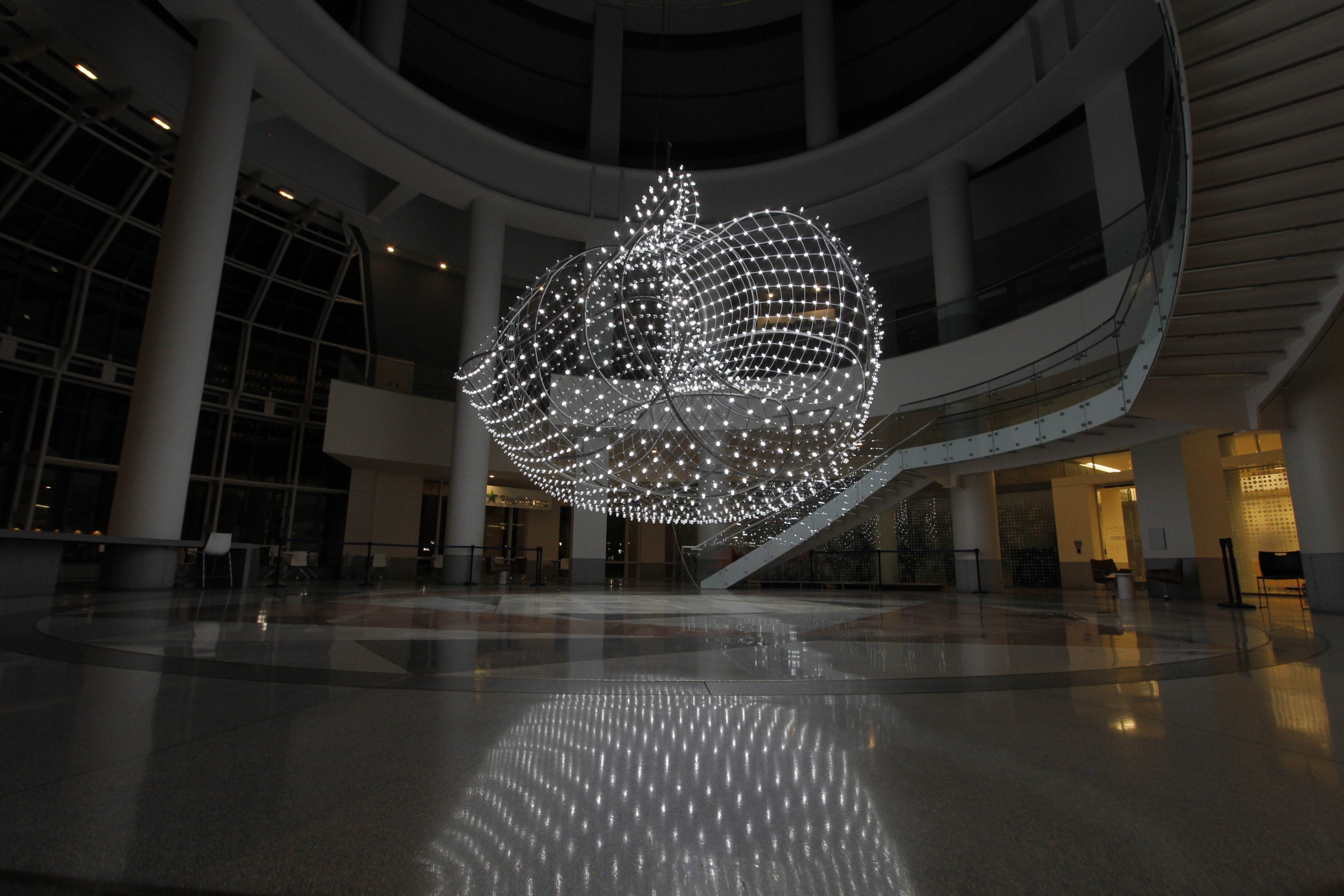 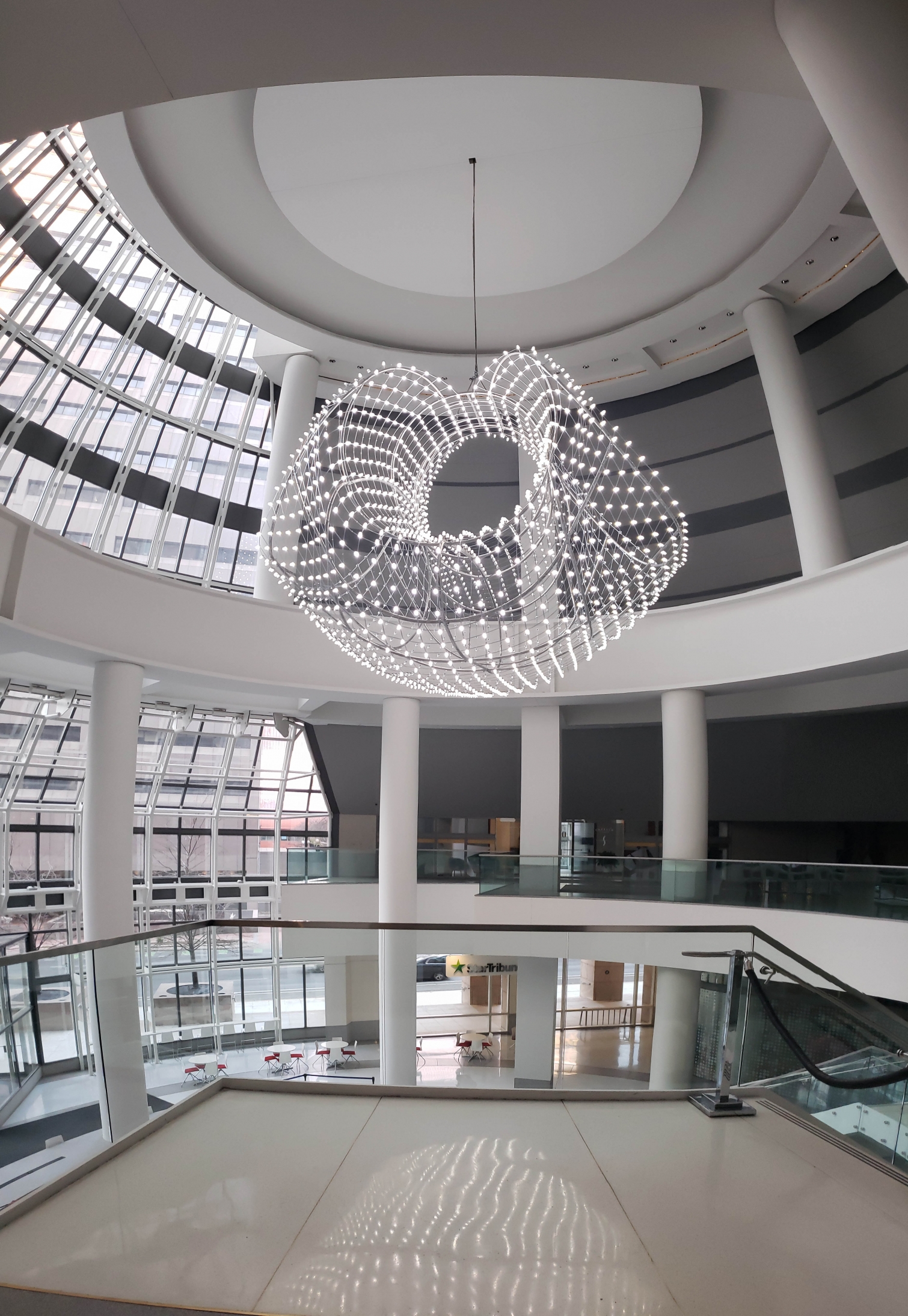 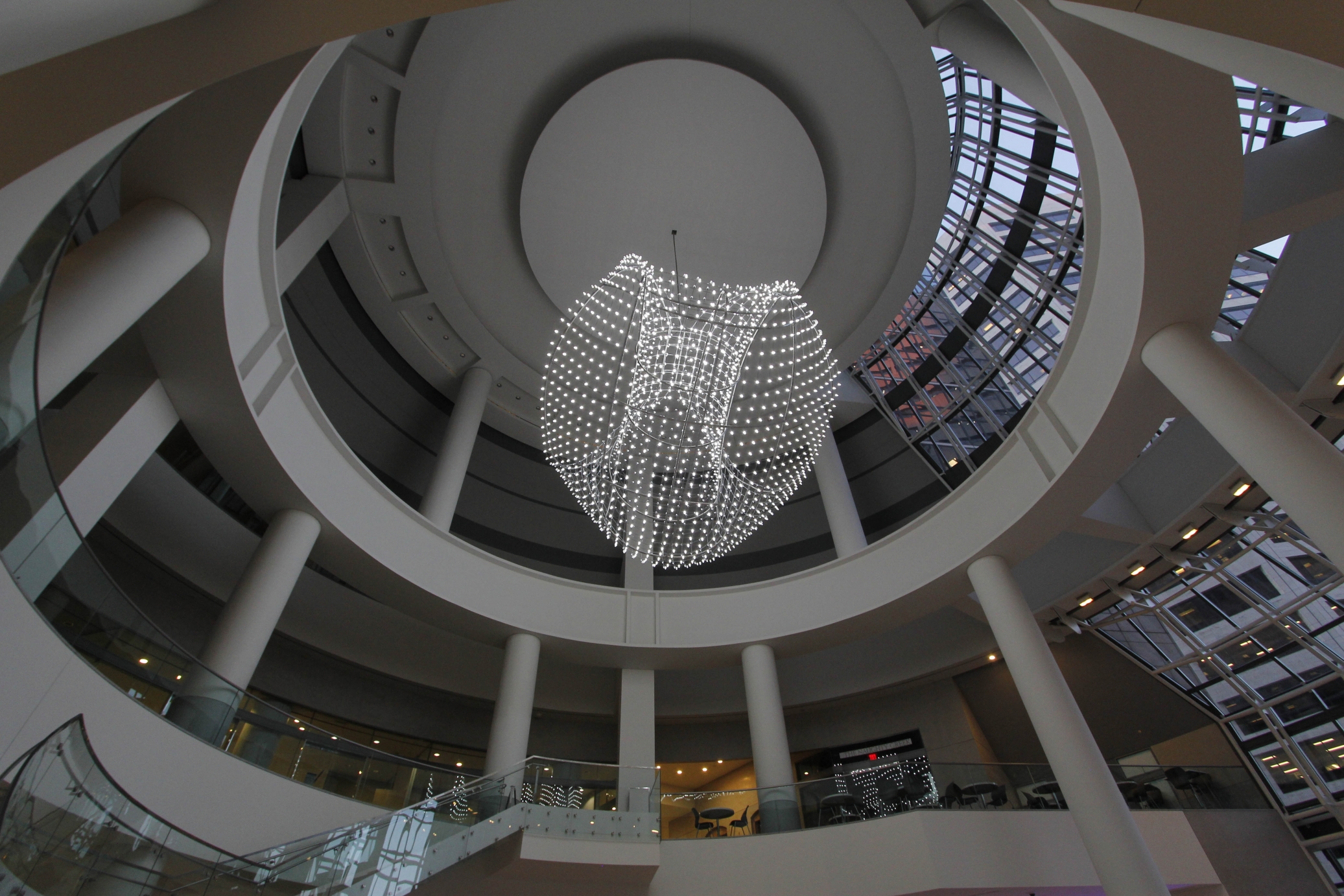 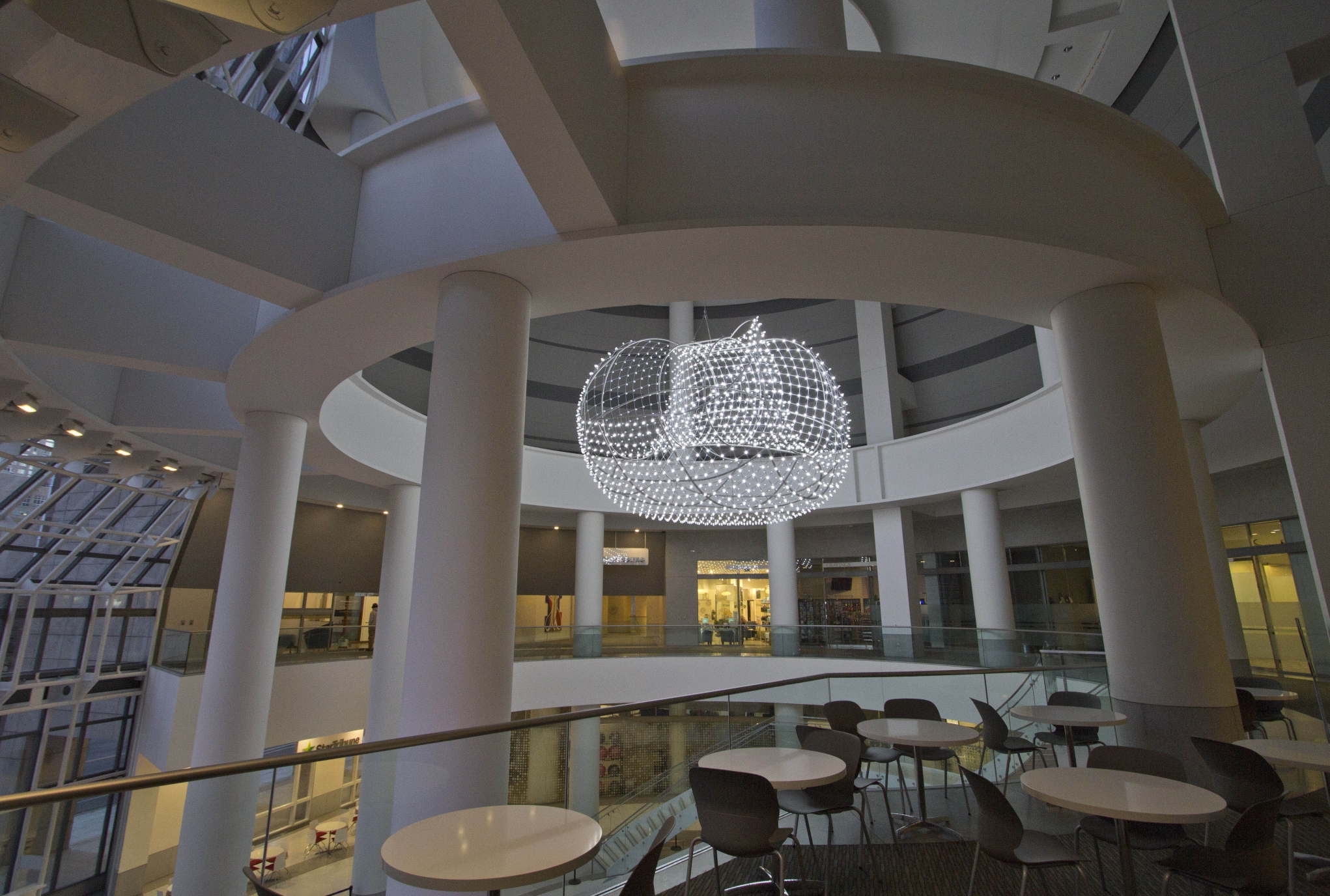 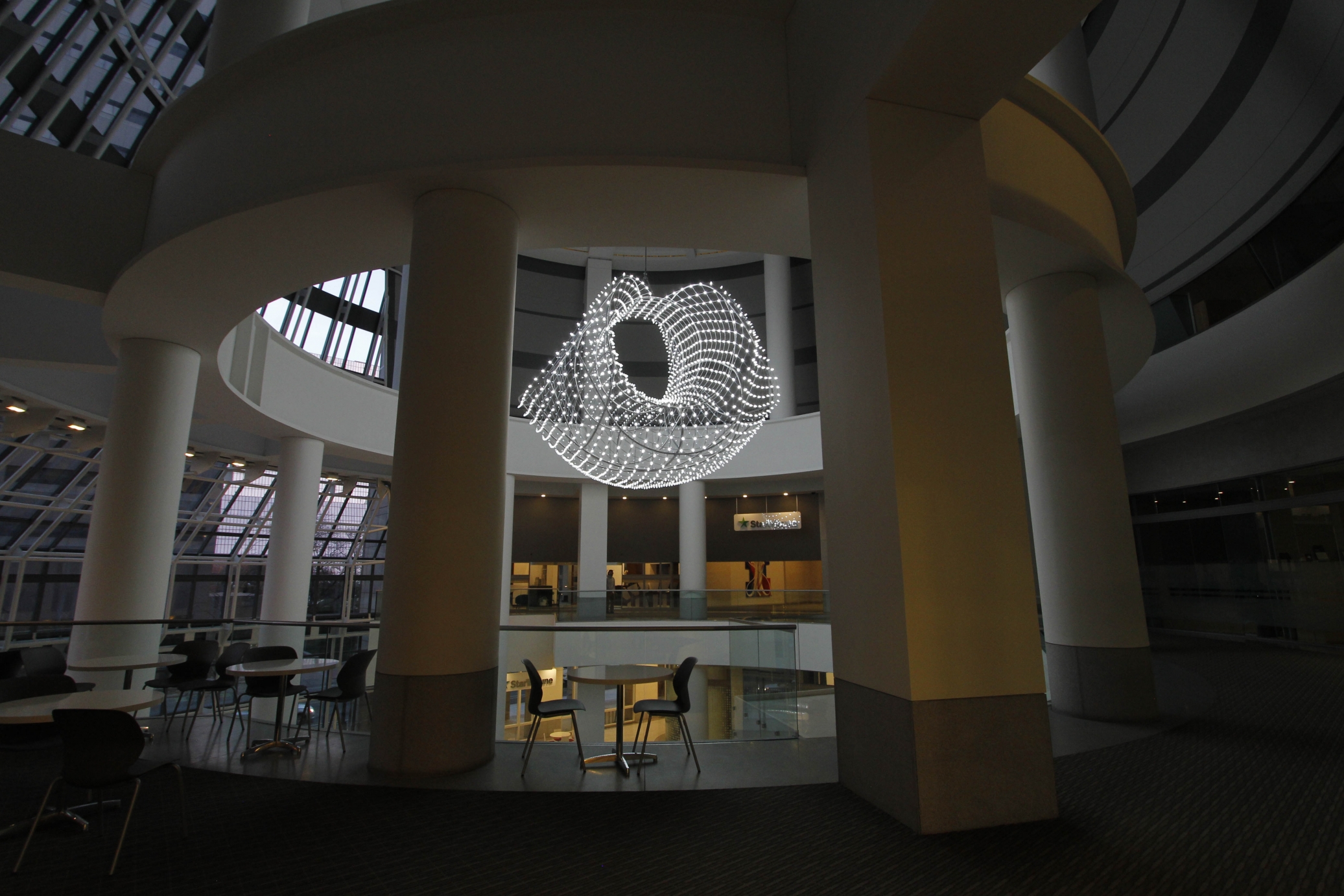 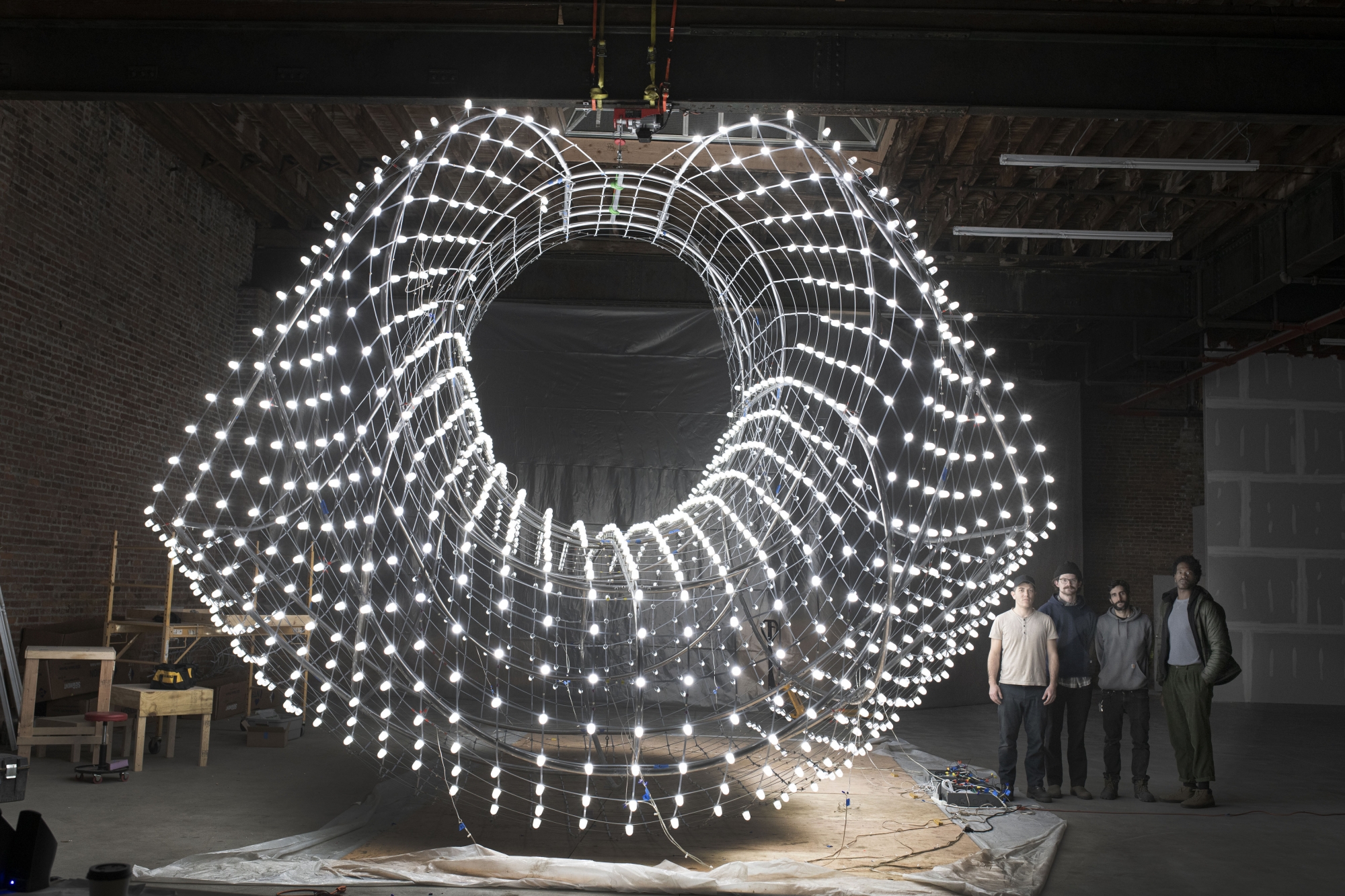 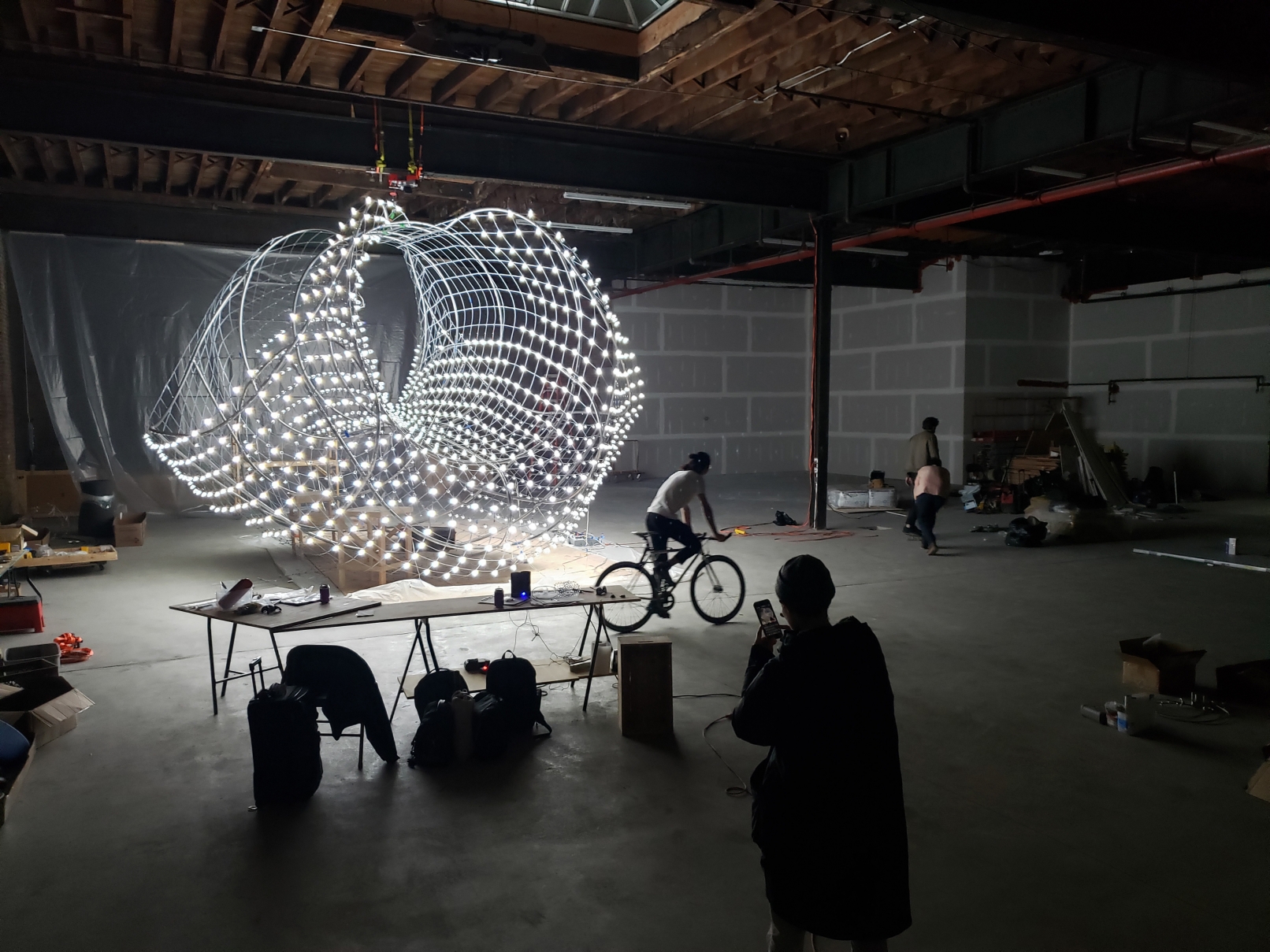 Capella Basket, a commissioned centerpiece for Capella Tower is a 10-times scale version of Krugman's 2009 Basket artwork. A rectangular sheet of 2,000 LED bulbs is rolled like a cannoli and seamed on its opposing side. The resulting shape resembles a diatomaceous skeleton or a rolling smoke ring.

The sculpture is made with a patented connector system that Krugman devised to scale up his original hand-soldered LED mesh. Concentric conductive traces milled from copper and plated in gold join the sculpture's 10,000 circuit boards into an electrified grid. Using this circuit board technique, power is routed through the sculpture’s form to it’s 15,000 LEDs without wiring. The resulting LED mesh is stretched over a rolled aluminum skeleton to preserve the sculpture's bellowing form in spite of gravity. The sculpture's catenary curves require only a minimal frame, allowing the lights to hover in a hyperbolic curving surface.

Company DescriptionBlending craft with technology, Krugman works to discover new ways of arranging electricity in three dimensions. His sculptures often use their physical structure to conduct electricity allowing thousands of lights to sit softly amongst minimal wire forms. Krugman holds two US patents and has numerous permanent LED installations in the United States, Asia and Europe. Krugman Studio is located at New Lab in the Brooklyn Navy Yard, an old ship-fabrication facility that now houses dozens of small companies inventing new types of hardware and software. 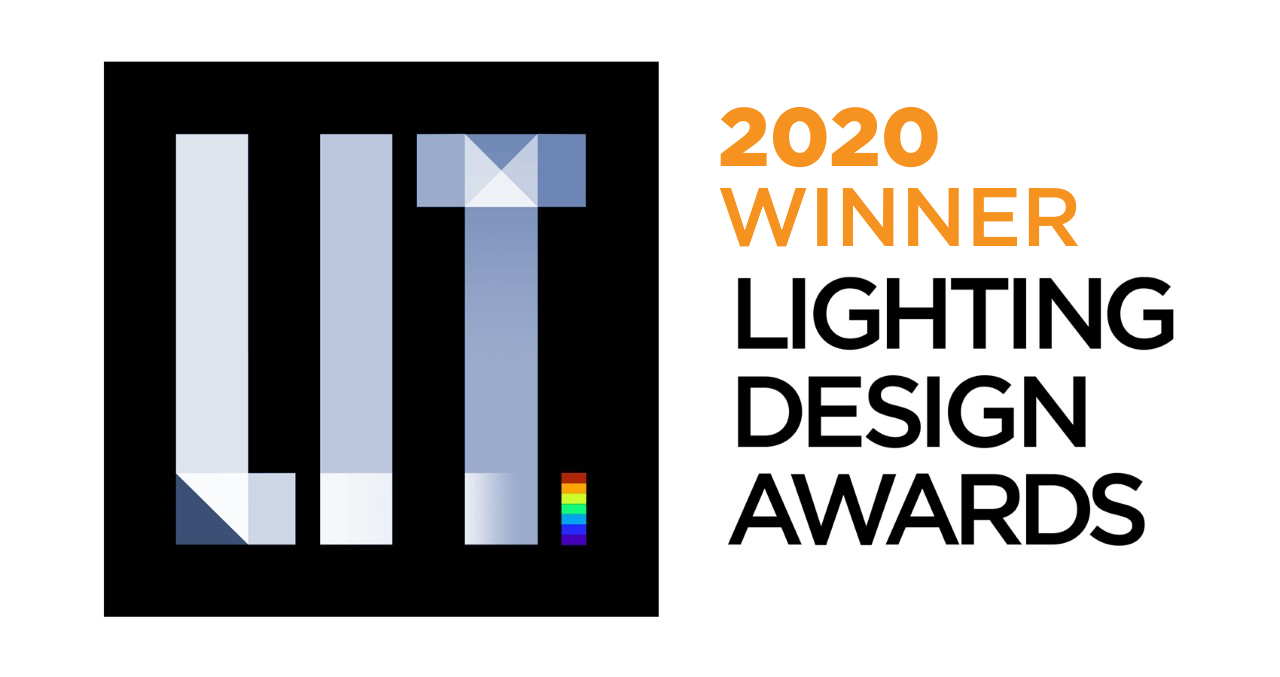