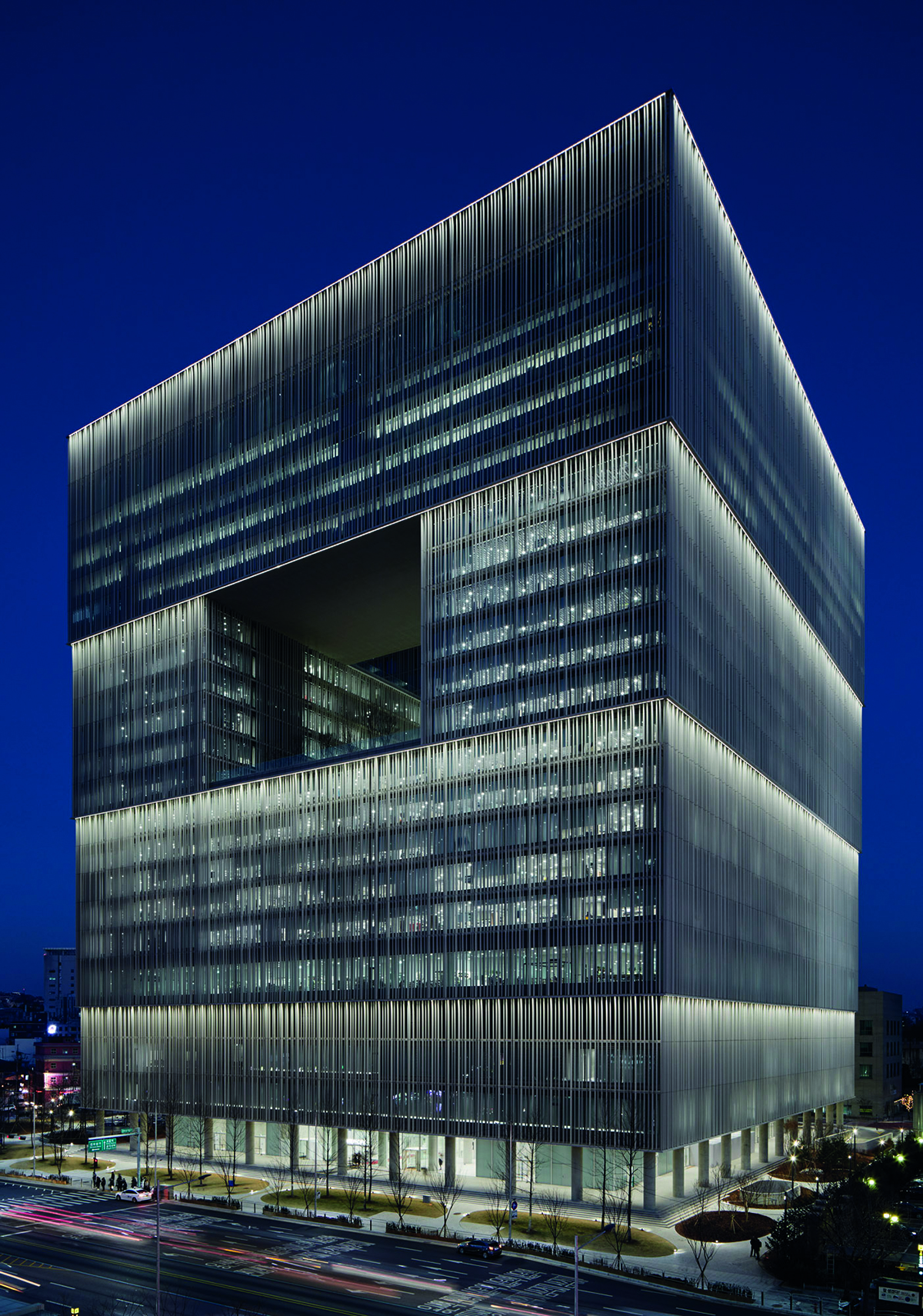 Amorepacific's new headquarters is located in Seoul's Yongsan district. The 110m high building is designed around an inner courtyard to ensure optimal ventilation and use of daylight in all areas. The adjacent Yongsan Park continues in a figurative sense into the building: three large incisions, each extending over six storeys, ensure fluid boundaries between inside and outside and provide views in and out. The company offices are located on the upper floors, while the entrance level with its generous three-storey atrium invites the public to visit. Here can be found not only various shops, restaurants, bars and a tea house, but also the entrances to a museum, a library, an auditorium and a kindergarten. The office floors are supplied with daylight from the atrium and through the external facades. The latter is preceded by a delicately textured sun protection made of matt white vertical aluminium lamellas. The lamellas are designed in four different formats and arranged in different combinations depending on the orientation of the facade. They are combined on each individual facade surface in such a way that they limit direct exposure to the sun, thus preventing glare and overheating of the office areas, while at the same time providing maximum views and optimum daylight gain. In addition to the sun protection function, the lamellas give the building its distinctive identity, both by day and night. Characterised by openness and transparency, the building combines a wide variety of room uses, all of which require individual lighting solutions. A complete family of luminaires, as an innovative luminaire system, was developed specifically for this project in order to meet these requirements in a technical, flexible, sustainable and aesthetically pleasing way, in harmony with the architecture. The luminaires follow the ceiling grid, creating a carpet of light throughout the building. The modular luminaire system allows the complete replacement of system components including the optical lenses. These combine total internal light reflection with refraction at their underside. The system offers twelve different performances and up to thirty possible combinations. As a result, the luminaires can be adapted to changes in the building use during their service life, without changing the appearance of the ceiling and without having to replace the entire luminaire. Provided as recessed, surface-mounted and pendant versions, they not only provide the optimum light for any desired lighting atmosphere and room use, but also form a decorative element that compliments the simple architecture. While many buildings in Seoul and other Asian cities are strikingly staged at night, the headquarters of Amorepacific deliberately remains unobtrusive and achieves its external impact from the shimmering light of the interior lighting and the subtle lighting of the sun protection facade lamellas. 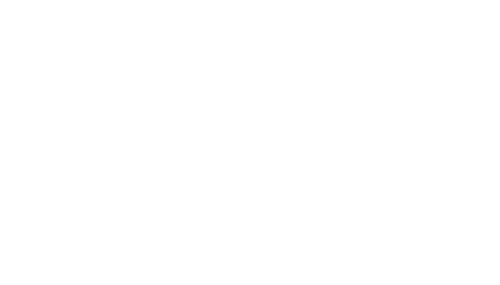