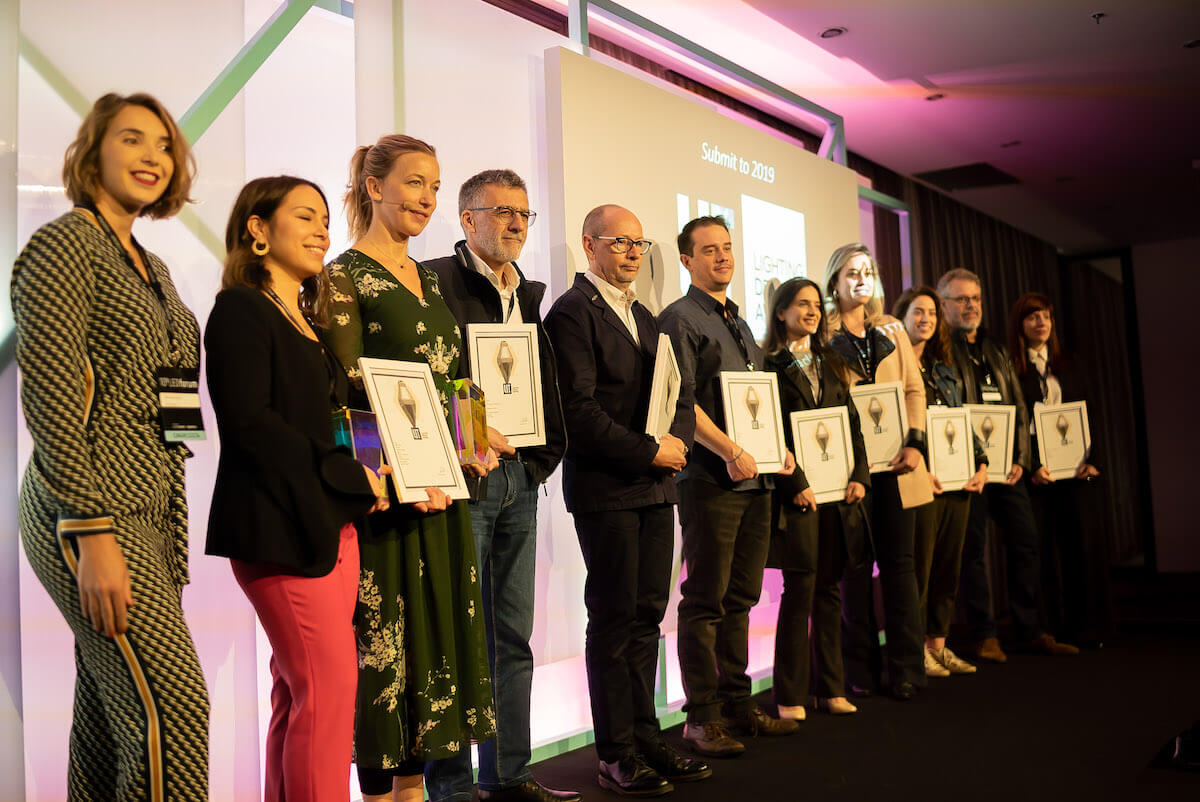 After the LIT Awards Ceremony in São Paulo, Brazil on August 15th, the team is now heading to Budapest to celebrate the 2018 Winners with an exhibition and cocktail night, partnered with the European Product Design Awards EPDA.

Partnering with the 10thedition of the LEDforum in São Paulo, the LIT Design Awards presented 10 winning designers with the LIT Winner’s Certificate and two LIT Trophies. Martina Weiss represented Licht Kunst Licht, our Lighting Designer of the Year, in receiving the trophy for Bike Square, Novartis Campus in Basel. And Maria Flavia Portes received the LIT Trophy as well on behalf of FLOS, our Lighting Product Design of the Year for Michael Anastassiades’ design Arrangements.

These projects represent a select number of LIT 2018 Winners who were able to attend the LEDforum. We would like to invite all 2018 Winning designers to attend our next event in Budapest at the Brody Studios on Oct. 3rd, where we will also present LIT Certificates. Please RSVP to attend the event here.

About the Farmani Group: Farmani Group assembled The LIT Design Awards to bring attention to achievements in lighting product design and to promote the winning designers and implementers to the prominent audience worldwide. Farmani Group, established in 1985, is the organizer of International Design Awards (IDA), Prix de la Photographie in Paris, London International Creative Awards, and The Lucie Awards for Photography, which has emerged as one of the world’s most prestigious annual photography awards. www.litawards.com